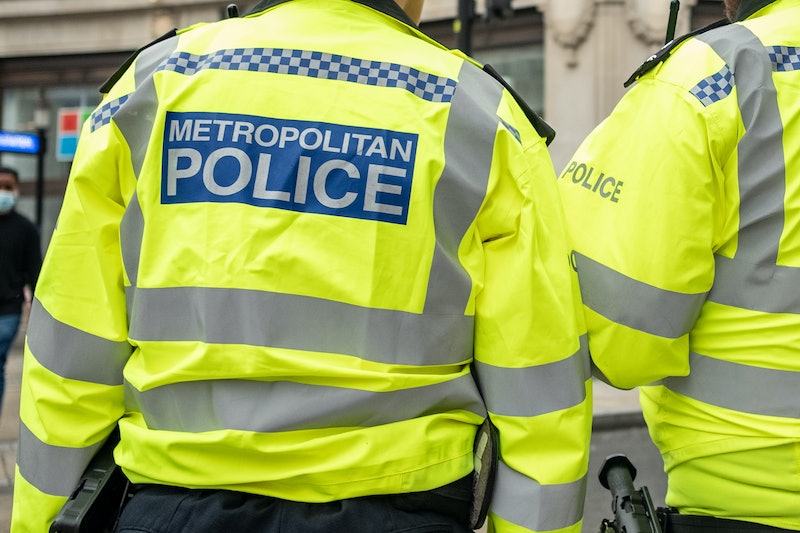 On Thursday, September 30, police officer Wayne Couzens was handed a whole-life sentence for the kidnapping, rape, and murder of 33-year-old Sarah Everard who went missing after walking home from a friend’s house in South London on the evening of March 3 this year.

In the wake of Couzens’ arrest, the Metropolitan Police faced criticism when it was discovered that he was accused of indecent exposure as early as 2015. He was accused of two more indecent exposure incidents in February 2021, just days before Everard was killed, and was also reportedly nicknamed “The Rapist” by his colleagues due to how uncomfortable he made women feel.

Now the Met is facing additional criticism for data findings that show the extent of sexual misconduct allegations within the service.

In an exclusive report by iNews, it was revealed that 771 Metropolitan Police Service employees faced sexual misconduct allegations (spanning sexual harassment, sexual assault, rape, and using a position of power for sexual gain) between January 1, 2010, and May 31, 2021. Of those 771 employees, 88% were in active service at the time they were accused.

Of the allegations that were substantiated after an initial investigation, formal action was taken in 156 cases and 83 led to dismissal without notice. An additional 46 employees retired or resigned from the force after complaints were upheld, and 71 allegations were recorded as “discontinued”, meaning complainants decided to stop proceedings.

The majority of allegations are dealt with internally by the force itself, but the most serious matters – where there are multiple allegations or it was a very serious incident – are referred externally to decide whether an independent investigation or an additional degree of oversight is needed. Between January 1, 2010, and May 31, 2021, 383 cases were referred to the Independent Police Complaints Commission or Independent Office for Police Conduct.

In the same timeframe, 163 Met officers were arrested for sexual offences outside of internal conduct matters, and a total of 78 were charged. Of those that appeared in court, 38 were found guilty of sexual offences and convicted, 23 were found to be not guilty, two were recorded as “non-conviction” and another two were recorded as “result unknown”.

Of those prosecuted and convicted, 18 officers were sentenced to imprisonment, nine were given suspended sentences, eight were given conditional sentence orders, two received fines and one was given a community order.

Following the sentencing of Couzens, Commissioner of Police of the Metropolis, Dame Cressida Dick said she was “so sorry” and that she accepts trust in the Metropolitan Police Service, the UK’s largest police service, has been damaged as a result.

“I absolutely know that those feel their trust in us is broken. I recognise that trust has been damaged,” Dick told reporters outside the Old Bailey. “I will do everything in my power to ensure we learn any lessons. I know that what happened to Sarah and indeed what has happened to other women raises important questions about women’s safety.”

However, the police commissioner has faced calls to resign, including from high-profile individuals (including Baroness Doreen Lawrence) who accused her of “presiding over a culture of incompetence and cover-up” in an open letter to Prime Minister Boris Johnson. It was confirmed on Sept. 10 that Dame Cressida would serve an extra two years as Metropolitan Police commissioner.

More like this
Iran Has Issued A Death Sentence Over Mahsa Amini Protests
By Catharina Cheung, Darshita Goyal and Maxine Harrison
Footballer Jake Daniels Shared His Thoughts On A World Cup Boycott
By Sam Ramsden
Joe Lycett Just Took HIs David Beckham Qatar Protest To A Whole New Level
By Sophie McEvoy
It’s About Time Black Girls’s Voices Were Heard – & 'Girlhood Unfiltered' Is The Start
By Paula Akpan
Get The Very Best Of Bustle/UK