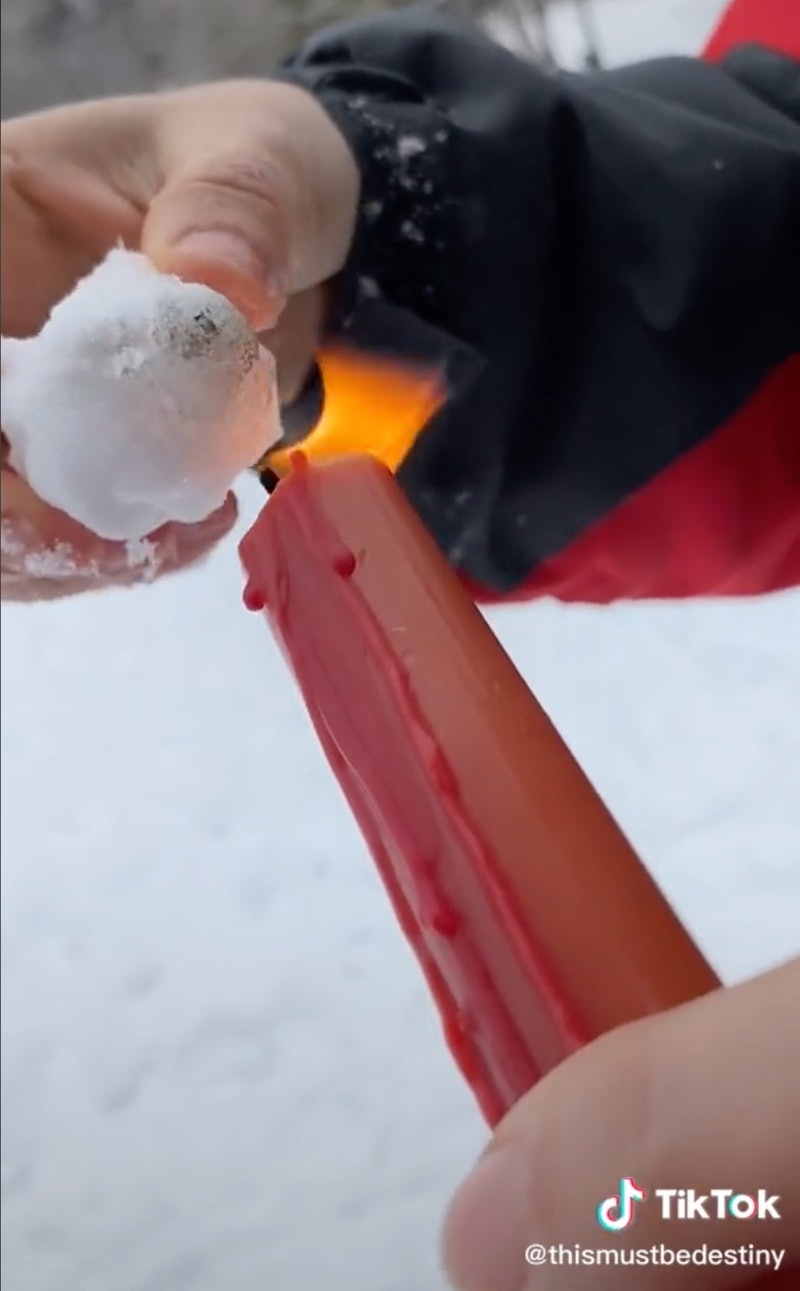 People tend to do weird things when they’re in a crisis and these days, they tend to enjoy showing it on social media. Well, the great state of Texas just got a massive ice and snow storm and people are understandably a bit bewildered. As if TikTok couldn’t get any more bizarre, a few TikTokers are claiming that the snow is a conspiracy theory, mainly due to the fact that it’s not melting (in the way they think it should) when they hold a flame to the icy matter. Many Texans are finding that when they attempt to melt a snowball, it burns black instead. And while there's definitely a scientific explanation as to why this happens, TikTokers would rather take matters into their own hands. The videos started circulating on TikTok within a couple days of the historic Texas snow storm and the hashtag #SnowConspiracy is now a thing.

Since then, plenty of other TikTok users have tried to test the theory with the snow in their own home states. Some claim that the Texans are onto something while others believe the snow is doing exactly what snow does once a flame is being held to it... melt. However, there's some science to this conspiracy theory that is going unsaid.

So what does happen when you hold a flame to an icy ball of snow and it turns black? It's a process called sublimation, which is defined as what happens when a solid turns into a gas. To put it simply: The snow is melting so fast it's skipping the liquid phase and immediately becoming a gas.

While it's an interesting theory to consider, it's (fortunately) more science-based than anything. But if you want to go outside and test melting your own snow, I won't judge you.