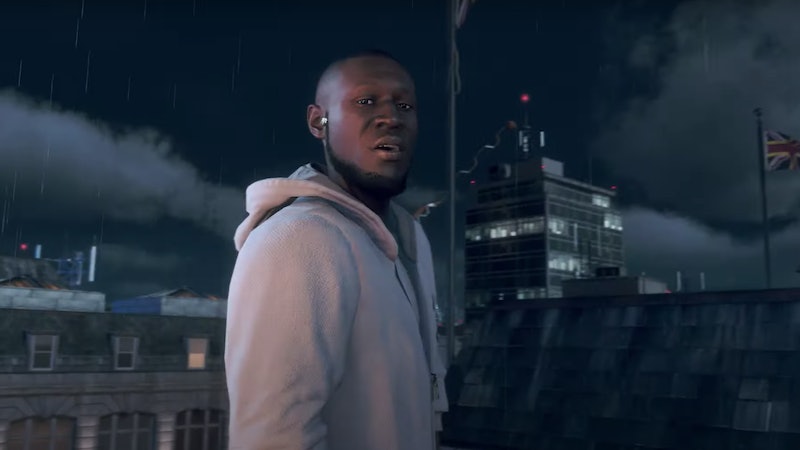 Is there anything Stormzy can't do? It seems not. The rapper's latest project involves upcoming video game Watch Dogs: Legion. The game, created by Ubisoft, is set in a dystopian futuristic London where there's mass surveillance, organised crime, and military which control the streets. The grime artist will make a special guest appearance in the game as a fictional version of himself.

Stormzy announced that he would be involved in the game back in September, revealing that he'll even have his own mission titled 'Fall On My Enemies.' Players will get to help Stormzy secure a national broadcaster to help him play music to the people of London. Per BBC News, the rapper says he believes video games could be a platform to "speak out about injustice."

The Glastonbury headliner also released the single Rainfall, which will be featured in the game.

Speaking to NME on Sept. 11, Stormzy said: “I am proud and honoured to announce that I am a part of Watch Dogs: Legion."

He added: "You lot are about to have your minds blown. What they have done in terms of recreating London is the most insane, epic, incredible thing I’ve ever seen, so I’m honoured to be a part of it."

Watch Dogs: Legions will be available from Oct. 29. across Xbox Playstation consoles.