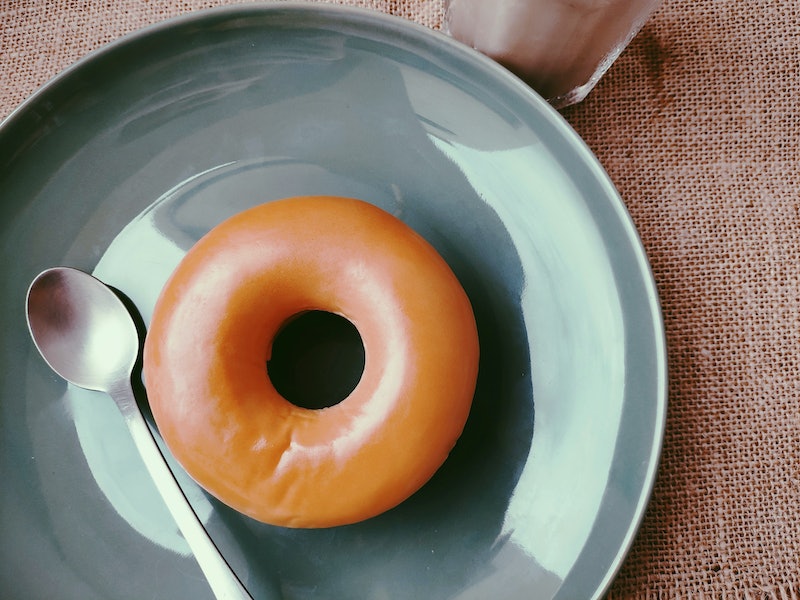 Here's an icing-glazed silver lining to help end the year on a sugar high. For the first time ever, there's a new Krispy Kreme original glazed vegan doughnut and they are available to pre-order today (Dec.21). And, I'm personally ready for the so-called "melt-in-your-mouth joy."

Alongside the original glazed bites and minis, the new Krispy Kreme vegan doughnut will be available “fresh off the line” from January, 5. The new treats are a UK online exclusive and customers will be able order for delivery and takeaway in the New Year. So, vegan doughnuts in bed anyone? Sounds like a merry new year to me.

Before we get ahead of ourselves, how do they taste? Apparently, the vegan doughnuts have the same great taste as the originals; with a light and fluffy doughnut texture and signature glaze but with a "new bespoke vegan-friendly recipe." We'll be the judge of that, I'll have a dozen.

The vegan dozen is the same price as the regular original glazed and will set you back £10.45 per box.

“We are excited to extend our range of iconic irresistibly original doughnuts with the launch of our first ever Vegan offering, available exclusively in the UK," says a Krispy Kreme rep. "We know January is a time that many are trying out new lifestyles and set ourselves the challenge to create a plant based doughnut that is equally delicious as the original, with absolutely no compromise.”

Following in the footsteps of pretty excellent Greggs vegan sausage rolls and vegan KFC burgers, Krispy Kreme is latest chain to cater for its vegan customers and it's about time. As the chain says, more than 2 million Brits now lead a vegan lifestyle. And, if you were planning to start 'Veganuary' in 2021 then this may be the news you've been waiting for (if you were keen to curb your sweet tooth in the new year, then avert your eyes).