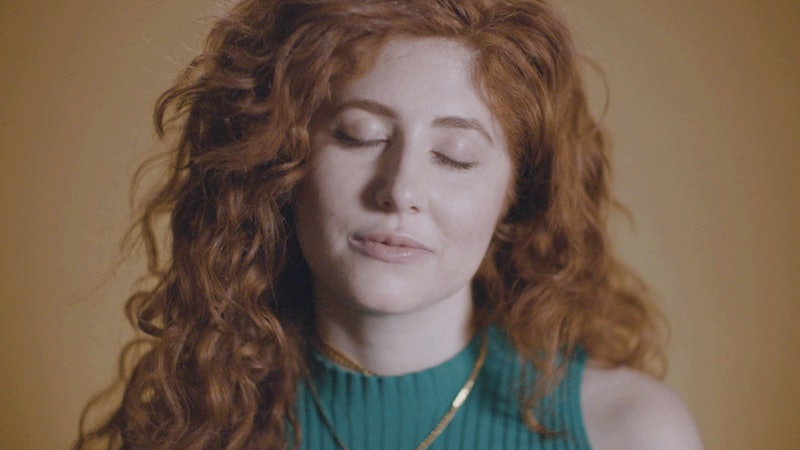 In 2018 alone, more than 33,000 people had confirmed cases of Lyme disease in the United States. It's not quite uncommon, but the tick-borne illness is notoriously difficult to diagnose. In fact, many people don't even know they have Lyme disease until their symptoms are so severe they have no choice to seek treatment.

For some lucky ones, Lyme is treated with a round of antibiotics. However, according to the Lyme and Tick-Borne Diseases Research Center at Columbia University Irvine Medical Center, anywhere from 5% to 20% of patients with Lyme disease go on to have chronic symptoms. Those odds become higher the longer an infection goes undiagnosed.

For its Diagnosis Diaries series, Bustle spoke with New-York-based comedian Tori Piskin, who has been living with chronic Lyme since her senior year in college, to understand why getting a diagnosis for Lyme is anything but a direct line.

"In my senior year of college, I was having blurry vision, and I was sleeping 14 hours a day," Piskin explains. "It felt like the devil was inside of me. Something was just off. I remember getting the diagnosis, and I told my friend, 'It's Lyme disease!' She was like, 'My dad had it four times! You'll be fine!' And I just keep playing that in my head over and over again because it was really never fine again."

For Piskin, the disease took over her whole life. It wasn't just a flu — it was a whole new health journey she was being forced to embark on. Her symptoms cropped up without reason: exhaustion, numbness, blurred vision, and more.

However, Piskin eventually figured out different treatment and coping mechanisms to handle her Lyme disease — and surprisingly, in addition to traditional treatment, she credits her comedy and performance schedule for keeping her spirits up and keeping perspective. Hear more of her story in Bustle's Diagnosis Diaries series above.