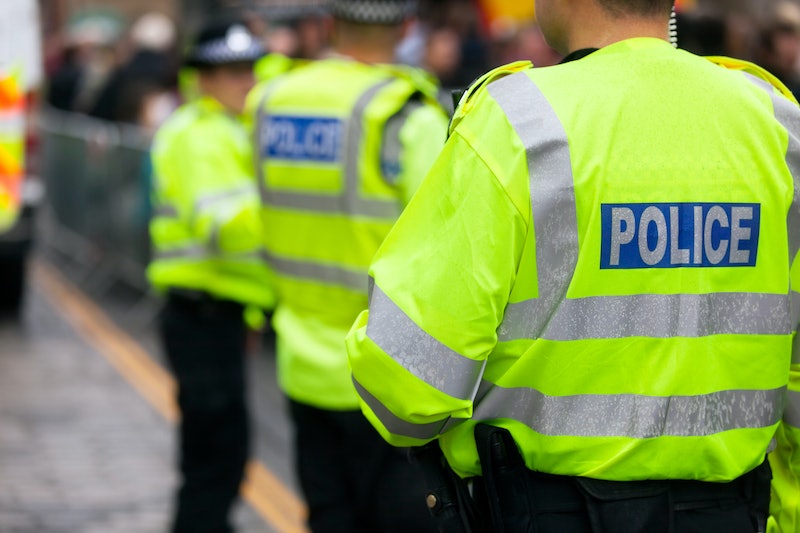 Since the murder of George Floyd in the U.S. in May, over 220,000 Black Lives Matter (BLM) protesters have taken to the streets in the UK, sparking a national debate over Britain's own history of discrimination and racial bias within British policing. Police forces in the UK have been under mounting pressure to justify their use of stop and search after a series of high-profile cases that have been caught on camera. Now it has been revealed that English and Welsh police will face an official inquiry into possible racial bias within its ranks.

The Independent Office for Police Conduct (IOPC) is set to launch an official inquiry to establish any patterns of racial discrimination against Black, Asian, and minority ethnic (BAME) individuals, particularly focusing on the way in which officers use of force and their stop and search tactics, reports the Guardian. In England and Wales, stop and search is nine times more likely to be used against Black people, and Taser use almost eight times more likely.

IOPC director general Michael Lockwood said that the inquiry will be taking place within the next few months, with a focus on race discrimination “to establish the trends and patterns which might help drive real change in policing practice.”

Lockwood said: “Increasing our focus on investigating cases where racial discrimination may be a factor means we will be able to really look at these encounters between the police and the public to identify any emerging themes. We can then see if there is a need to change policing policy or practice.

“We will also be investigating more cases where victims from BAME communities have felt unfairly treated by the police,” Lockwood added. This includes the IOPC also examining whether BAME people are being failed as victims of crime.

The inquiry comes after Metropolitan Police Commissioner Dame Cressida Dick apologised this week for the “distress” caused by a stop and search carried out on British athlete Bianca Williams and her partner Ricardo dos Santos.

A video of the incident, which saw the Great Britain sprinter and her partner pulled from their car in West London as their three-month-old baby was left in the car, was shared widely on social media after being posted by former Olympic 100m champion Linford Christie, who questioned why their vehicle had been targeted.

Another case said to be examined for evidence of bias will be that of sisters Nicole Smallman and Bibaa Henry who were found stabbed to death in north-west London last month. Two officers have since been arrested over claims that they took selfies with the bodies at the crime scene.

The Guardian reports that the Metropolitan Police receives more than 250 complaints of alleged racism on average each year, and less than 1% are upheld. The IOPC inquiry could be one of the most significant examinations of police and racial bias since the Macpherson Inquiry in 1999 (prompted by Stephen Lawrence’s death in 1993), which found the police to be institutionally racist.