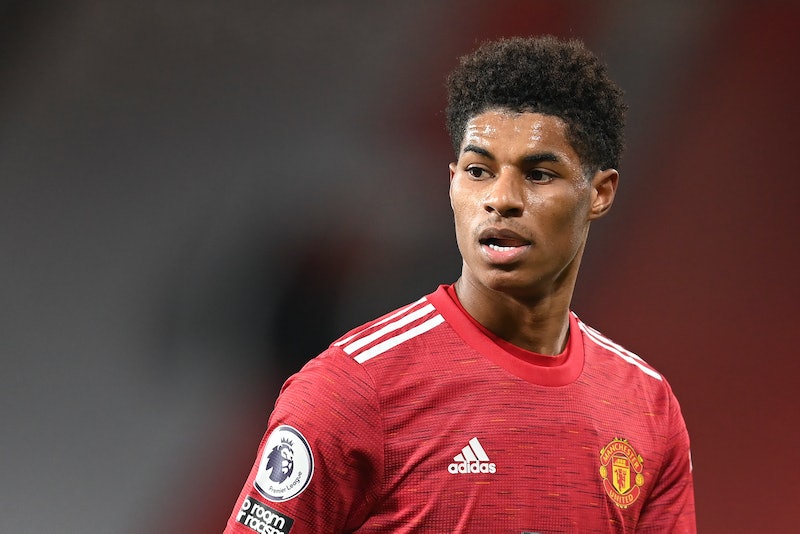 The number of families struggling to make ends meet since the start of the pandemic has increased dramatically. Children and young people have been some of the hardest hit, with families reliant on Free School Meals struggling to make ends meet in the school holidays. For the first time in its 70-year history international aid agency Unicef has launched a domestic emergency response in the UK to help feed children hit by the COVID-19 crisis.

Back in June, the Department for Education announced its free school meal vouchers would not continue over the summer holidays. In response, footballer Marcus Rashford wrote a letter to parliament asking ministers to rethink their decision. Since then the Manchester United forward formed the Child Food Poverty Task Force along with 20 charities and has continuously fought for awareness, support and called on the government to step in. The government then U-turned on the decision following pressure from Rashford and his task force.

Now one of the charities benefitting from the Unicef grant, has launched a programme to help support families at risk of food insecurity with nutritious breakfasts over the two-week Christmas school holidays. The grant of £25,000 was given to charity School Food Matters, which will use the money to supply breakfast boxes over the two-week break to vulnerable children and families in Southwark, south London. The charity’s founder and CEO Stephanie Slater described the emergency funding as “significant,” that just “shows us that we are all acknowledging there is a real issue here with food insecurity and it is not going to go away anytime soon.”

Rashford, who forced the Government into two U-turns over free school meals over the summer holidays shared the news on Twitter, writing: “And this is why I need your help. We have to come together to protect our most vulnerable. We all have a role to play here x”

The charity have already provided over half a million breakfasts over their 18-week summer holiday programme, with the Unicef funding allowing them to support 1,800 children across the Christmas holidays and February half term, per LBC.

“Covid has absolutely clobbered low income families and they are really struggling,” Slater explained. “We know we can support 1,800 children over these holidays, but Southwark is telling us there are 15,000 children in their London borough alone who are food insecurity. So we know that this level of need goes far beyond the government's measure of food insecurity and disadvantage.”

The UN agency responsible for providing humanitarian and developmental aid to children worldwide has pledged a total grant of over £700,000 in emergency funding to help over 30 communities across the UK. This is the first time in its 70-year history that UNICEF has launched a domestic emergency response in the UK, with the UN humanitarian aid agency likening the effect of the coronavirus pandemic on young people to that of the Second World War.

Labour deputy leader Angela Rayner tweeted that the news was “a disgrace.” “You should be ashamed of yourselves Boris Johnson, Rishi Sunak and the rest of you,” she added, whilst her colleague Jack Dromey Labour MP for Birmingham, Erdington wrote: “This is utterly shameful and a complete failure of government.”

“This should not be necessary in the sixth richest country in the world,” Zarah Sultana, Labour MP for Coventry South, wrote on Twitter. “Let's instead tax the super-rich and end child food poverty for good.”

The grant-funded programme, named ‘Food Power for Generation Covid’, was initially launched in August in partnership with the food and farming charity Sustain. The joint initiative “will ensure that the most vulnerable children and their families have access to food during the coronavirus crisis by providing grants to community food projects until February 2021”. Funding for the programme came from money previously raised from Soccer Aid for Unicef.

Heading into winter, some families have had to make the difficult decision between heating their homes and having enough money for feeding their family, says Anna Kettley, Director of Programmes at Unicef UK.

Kettley told LBC: “We know that before the pandemic 2.4 million children across the UK were already growing up in food insecure households and that since the lockdown period and the ongoing crisis, 32 percent of households have experienced a drop of income.”

In October, data released by the charity Food Foundation showed that 18 percent of 8-17 year olds (1.4 million children) reported experiences of food insecurity over the summer holidays, while 31 percent of parents of children on Free School Meals across the UK said they received no form of help over the summer holidays, and an extra 900,000 children had been registered for free school meals.

“We feel it's critical to come together at this time,” Anna Kettley, Director of Programmes at Unicef UK, told Sky News. “It's the first time which we're recognising that this is an unprecedented situation which requires everyone to roll their sleeves up, step in and support children and families that need it most at this time.”