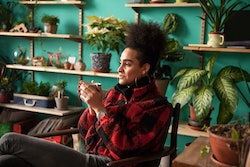 Every 18-year-old leaving care in Wales is to be offered the chance to participate in a basic monthly income scheme in a pilot established by the Welsh Government. Up to 500 young people in Wales could be eligible to receive £1,600 a month for up to two years, from their 18th birthday, when the universal basic income pilot launches in the summer.

The unconditional scheme – which will not be withdrawn if participants get a job – is believed to be the most generous amount offered on a universal basic income scheme anywhere in the world, and will reportedly cost the Welsh Government £20 million over three years, per BBC News.

Those taking part in the trial will have the £1,600 a month basic income taxed, and it will count as income, meaning those receiving the money may not be able to claim the benefits they would otherwise be entitled to if they were not given the money.

Officials who investigated universal basic income schemes across the world before designing the Welsh pilot, will study how a basic income could help care leavers be better placed in the long term from a financial, physical, and emotional point of view.

Those in favour of the pilot say it could reduce poverty, and be easier and less stressful to navigate than more complex means-tested benefits. The Welsh minister for Social Justice, Jane Hutt, said the Labour-led government was committed to supporting the most vulnerable and tackling the “scourge of poverty”.

“Too many young people leaving care continue to face significant barriers to achieving a successful transition into adulthood,” she added. “Our basic income pilot is an exciting project to deliver financial stability for a generation of young people that need it most. Support will also be offered that is designed to build up their confidence to negotiate the world outside of care. This extra support will include, for instance, financial wellbeing training and signposting to all available support.”

However, some critics say that it will be a waste of money and that universal basic income won’t meet the desired outcomes and the money should be spent elsewhere. Welsh Conservative ministers said Labour ministers were "not even close to living in reality" with this idea, per BBC News.

All young people leaving care in Wales who turn 18 during a 12-month period, will be offered the chance to take part. The pilot will run for a minimum of three years with each participant receiving a basic income payment for 24 months, from the month after their 18th birthday.

More like this
Boris Johnson’s Leadership Is In Question – Again
By Bustle UK
Windrush Victims Are Still Waiting For Compensation
By Sam Ramsden
The UK Abortion Laws In 2022, Explained
By Sophie McEvoy
5 Ways To Stand In Solidarity With Women In America From The UK
By Sophie McEvoy
Get The Very Best Of Bustle/UK