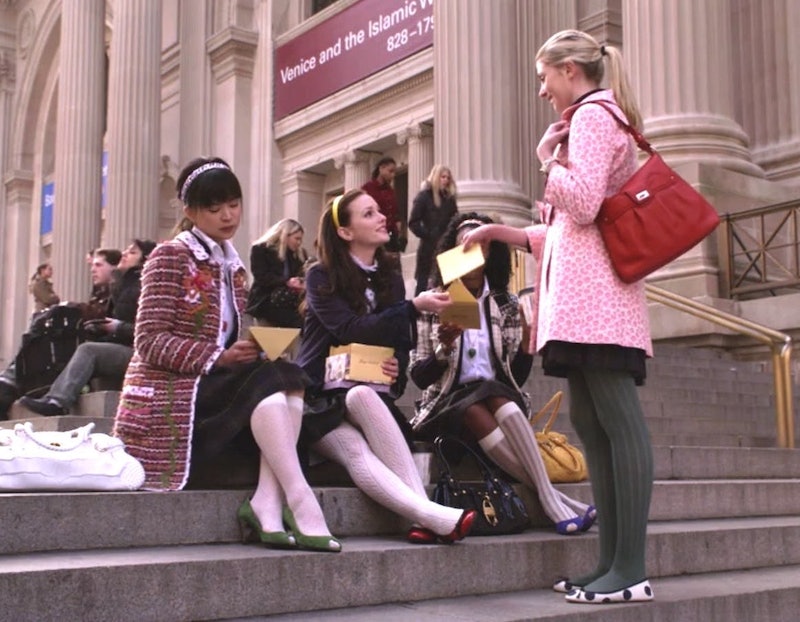 To a Millennial, the word “elite” might conjure the image of a velvet rope barring the doorway of a swanky nightclub, or a gym that has fancy shampoo in the showers. “Elite is excellence,” Charli, 34, tells Bustle. “It’s the 1% of 1% — the best there is, factually, not hyperbolically.”

But on TikTok, “elite” is used in contexts as diverse as “flavorful” or “funny.” For example, one video tutorial with 10 thousand likes is captioned “How to Make An ELITE SANDWICH,” and it suggests users make both their own mustard and mayonnaise from scratch; another TikTok singles out .25 seconds of a dance as elite.

For Gen Z, elite doesn’t mean elite in the classic, Gossip Girl sense — instead, it’s a siding scale of subjective value, which also sometimes makes it the opposite of elite. Head spinning? Same.

What Does Elite Mean When Gen Z Says It?

Charli, a self-described elder millennial, thinks Gen Z “overstates” the use of elite, “changing its meaning entirely.” (For the record, the Cambridge Dictionary defines elite as “the richest, most powerful, best-educated, or best-trained group in a society” or as an adjective, belonging to that group. You know, as in Gossip Girl saying, “Manhattan’s elite.”)

But Gen Z isn’t too concerned with literal dictionary definitions. To Priya, 18, “elite” is a general term used to signal your personal approval of something, rather than an objective understanding that it’s good. Its use today might be closer to “hits the spot” and has more of a general admission vibe. “I use ‘elite’ to describe something which has no other superior options,” Priya tells Bustle. While she doesn’t use it much while talking offline, she says, “I would use it as an adjective to describe what I like, like a dish or cuisine” via social media or text. But sometimes, she says she’d use it to to acknowledge the way someone was behaving. “If someone is being polite and humble towards other people, I would say they’re being elite.”

To Evan, 22, “elite” means cultural relevance, a word used to describe something that’s self aware. For example, Evan says, you might use elite to refer to “people or companies that are making attempts to get ahead of the curve,” pointing to how companies flex on social media to communicate their eliteness. “The Wendy’s and Burger King Twitter accounts are elite because they have social media teams that are up to date on the culture of the current media — they interact with one another and start beef therefore grabbing everyone’s attention.” This is peak elite, Evan says.

The Origins Of “Elite,” In The TikTok Sense

Even Gen Zers aren’t exactly sure where the new elite came from. “I’ve heard people use it on social media, but I don’t really know where it originated, all I know is all of my friends use it the way I do,” Rebecca, 23, tells Bustle.

The word itself rose to prominence on TikTok in 2020, with the rise of Elite TikTok. This For You page niche, sometimes called AltTok, featured irreverent and obscure videos granting “elite” status to things that definitely didn’t conjure a traditional sense of exclusivity. Some of the most popular videos on Elite TikTok were impersonations of brand accounts, like Burlington Coat Factory, and Pantene, and would feature a still image of the store or product with low-fi emoji face overlay that would lip sync to popular audio tracks. It was funny, it made no sense, it was hugely popular, it was possibly the most Gen Z thing ever.

According to Kelly Elizabeth Wright, an experimental sociolinguist and Ph.D. candidate at the University of Michigan, Gen Z’s takeover of “elite” and other words like “immaculate” (which is now used to describe something “awesome” rather than “free from sin” or “perfect”) is a totally common, generational adaptation. “What we see happening with immaculate and elite is a process known as semantic intensity. We use semantic intensity to elevate our descriptions of things because of how we feel about them, like saying Cher is ageless or pizza is sacred,” Wright tells Bustle.

If you’re seeing “elite” everywhere, it’s likely because Gen Z is simply excited to have a word that they collectively feel is fulfilling to use. “The younger generations are perhaps reaching a semantic ceiling here with these intensified words because they seek to mark the things ‘that get them’, to add their critical gaze to the conversation,” Write adds. So while their use of these words might snag your attention as being a slightly awkward phrasing, it’s more intentional than it sounds.

What’s more, Wright says the changes in the way these words are used might actually be pretty permanent. “Words change as the surrounding society changes, so it makes sense that we see these new senses of old words being applied in contexts that interest young people.” One might interpret Gen Z’s takeover of elite as an extension of the generation’s spirit of inclusivity; where previous generations used the word to exclude, Gen Z uses it to confer status.

“We keep creating words and using them according to the way we need to express different feelings,” Priya says. “It doesn't really matter from where [it] originated.”

Kelly Elizabeth Wright, an experimental sociolinguist and Ph.D. candidate at the University of Michigan

More like this
Here's How To Get Your iPhone To Update Automatically Forever
By Emma Carey
This TikTok Song About An Unrequited Romance Has FYPs In Shambles
By Emma Carey
On TikTok, Tinned Fish Date Night Is The Latest Viral Food Obsession
By Emma Carey
TikTok's Butter Board Might Be The New Cheese Plate
By Emma Carey
Get Even More From Bustle — Sign Up For The Newsletter