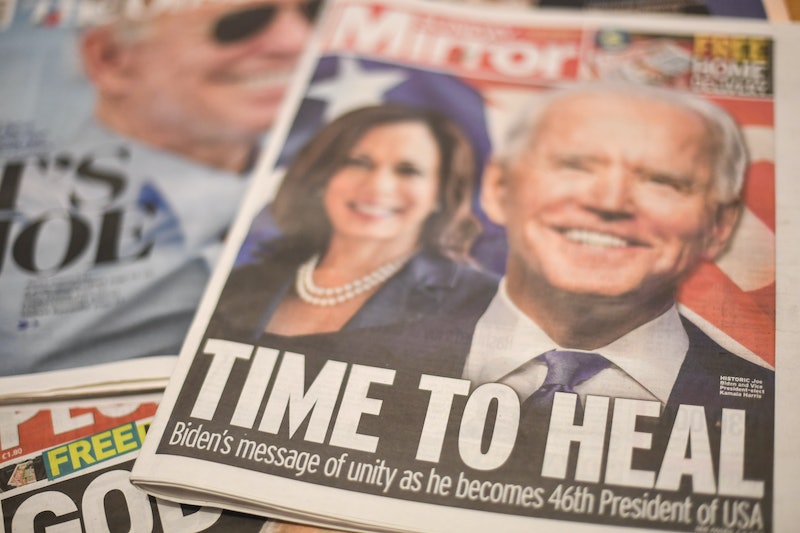 After one the tightest and most emotional elections in recent American history, Joe Biden is now president-elect of the United States. Following a wait of several days while votes were counted, the 77-year-old Democrat knocked reality-star-turned-Republican-president Donald Trump out of the race. Although Biden’s priorities will most likely be domestic ones, particularly reducing rates of coronavirus infection, there’s no doubt that as the next leader of one of the most powerful countries in the west, his election will have an impact around the world. So, what does Biden’s win mean for the UK?

Will there still be a “special relationship” that Trump boasted about having with Boris Johnson? Joe Biden has already spoken out about Brexit and has called Johnson a “physical and emotional clone” of Trump in the past. There are many similarities between Boris Johnson’s career and politics and those of Trump’s — both being conservative in politics and populist in rhetoric.

Speaking in an interview with BBC's the Andrew Marr Show following Biden's victory senator Christ Coons, who HuffPost describes as a key ally of the president-elect, addressed the future of UK and U.S. ties. He said: “The special relationship between the United states and the United Kingdom has endured over decades and I expect there will be opportunities promptly for there to be some visits and conversations and some reconsideration of whatever comments may have been made about the moment of Brexit.”

With Democrats back in power, are the political tides changing here? Keir Starmer, leader of the Labour Party has already spoken in support of the 46th president, saying he is offering a “more optimistic future”. “One election victory does not mean that work is now finished for the Democrats; for us in the Labour party, it is only just beginning,” Starmer wrote in a Guardian article.

Many are especially curious about what Biden’s win could mean for a post-Brexit US-UK trade deal. The president-elect has previously stated Johnson will have to respect the 1998 Good Friday Agreement, or there may be no separate US and UK trade. In a tweet in September, Biden who is a Catholic Irish-American said: “We can’t allow the Good Friday Agreement that brought peace to Northern Ireland to become a casualty of Brexit. Any trade deal between the US and UK must be contingent upon respect for the Agreement and preventing the return of a hard border. Period.”

The Good Friday Agreement also known as the Belfast Agreement, helped end The Troubles –a lengthy political conflict in Northern Ireland — in the '90s. Now the UK government’s proposed Internal Market Bill, could mean a physical border between Northern Ireland and the Republic of Ireland, with some politicians fearing tensions could return because of it.

Biden’s presidency could even have an effect on climate action in policy, as he has already promised a $2trn climate plan. The UK is set to hold the COP26 climate conference in December 2021 and become the G7 president.

Speaking to the Guardian, shadow businesses secretary Ed Miliband said: “You can’t overstate the impact a Biden presidency will have on the climate issue. There are so many issues on which this is going to make such a big difference. Internationally, climate is top of the list.”

More like this
Eurovision Has Been Given A Whole New Look Ahead Of Its Liverpool Debut
By Bustle UK
Pret & Costa’s Coffee Is The Strongest On The High Street, According To Which?
By Sam Ramsden
Here’s What TikTok's "Mascara” Trend Is *Really* About
By El Hunt
Ben & Jerry’s New Sundae Flavours Are A Chocoholic’s Dream
By Sophie McEvoy
Get The Very Best Of Bustle/UK
Sign up for Bustle UK's twice-weekly newsletter, featuring the latest must-watch TV, moving personal stories, and expert advice on the hottest viral buys.