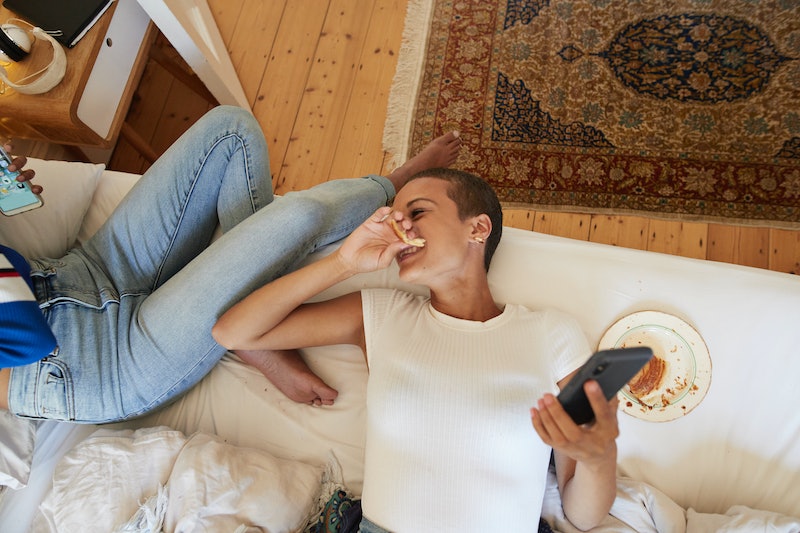 POV: You’re scrolling TikTok peacefully when you see that another user has replied to your comment saying, “ratio.” Inexplicably, the comment has exponentially more likes than yours, despite seeming fairly nonsensical. Or, maybe you’ve experienced the same situation with a “ratio” reply to your tweet — and the response is now racking up hundreds of likes and even retweets. What gives?

You’re gonna wanna sit down for this one. You, my friend, have just been ratioed. Unfortunately, this is one of the simplest but most cutting ways you can “own” someone on the internet. It’s almost as biting as having to Google what it means when someone from Gen Z calls you “mid.”

Once you get ratioed, the only thing you can really do is accept your defeat with the utmost grace. Anyone with an opinion on the internet may fall victim to a ratio at some point in their online career, and it’s just as likely that you might ratio someone yourself. Think of it as the social media circle of life.

Before you let this all get to your head, let’s get to the bottom of what ratio means on social media.

Once you figure out the meaning of ratio, it seems pretty simple. According to Know Your Meme, the trend began in early 2017 — as one Tweeter @briligerent recognized that “if the Replies:RT [retweet] ratio is greater than 2:1, you done messed up.” Esquire reporter Luke O’Neil also summed up “The Ratio” in 2017, explaining that, “If the number of replies to a tweet vastly outpaces its engagement in terms of likes and retweets, then something has gone horribly wrong.”

While this might still ring true, the meaning of “ratio” has changed a bit as more internet users have grown aware of it. Now, it is achieved more intentionally. Essentially, a modern ratio is when a user replies “ratio” to a comment they disagree with, in hopes that they’ll get more likes than the original tweet to prove their counterpoint. If they do end up with more users on their side, the ratio has officially been achieved.

For instance, if someone tweets “Oreos taste horrible,” and gets 10 likes, you can reply, “ratio.” If you get more than 10 likes, you’ve successfully ratioed this person. On TikTok, this functions the same – but it happens in the comments section of viral videos most often.

Of course, attempting to ratio someone takes a leap of faith. And, if an attempted ratio reply ends up getting less likes than the post it is responding to, then it’s almost worse than getting ratioed. Some users might even mock this failed ratio, and, in doing so, ratio the attempted ratio-er.

If all of these ratios are giving you flashbacks to solving fractions in math class, not to worry. The greatest ratio of all, of course, is mind over matter. So, if you find yourself or a loved one getting ratioed, just accept your L in stride and carry on. It’s all in good fun.