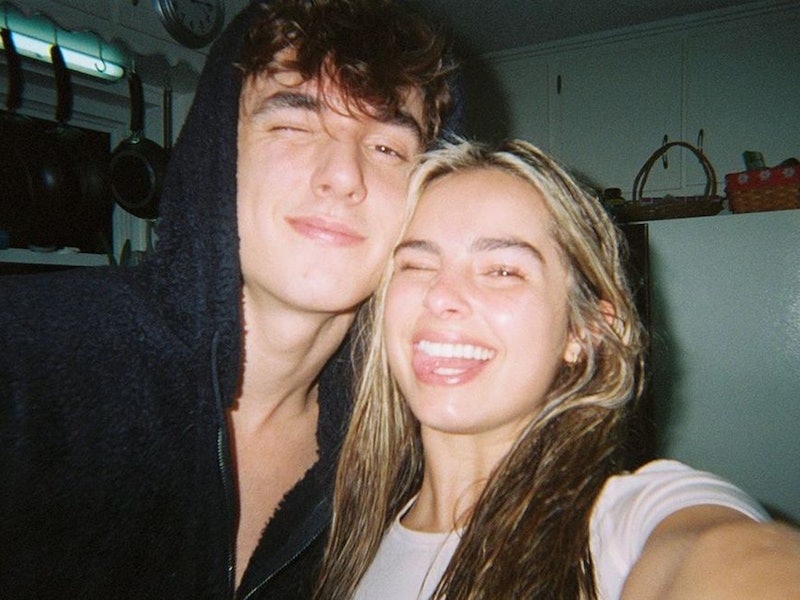 In the latest edition of "What the heck is happening on TikTok?", I did a deep dive into the meaning of "stan for clear skin," which is a phrase you've likely seen tacked onto many trending videos. You might have also come across it on Twitter, since folks behind popular fan and ship (like @braddisonupdates and @itsluciahall) accounts have popularized the phrase, too. But what on earth does it mean?

According to Urban Dictionary, "stan" is a portmanteau of "stalker" and "fan." When you stan someone, it means you're obsessed — though the level of the extremity is usually a joke. So, what does that have to do with clear skin?

If you "stan someone for clear skin," it means that good things will happen to them if you follow and support them. It also implies that the person you stan is unproblematic and deserving of the attention. (Presumably, if you followed someone who was causing drama on TikTok and beyond, your crops would not be watered, your anxiety would not be cured — and sadly, you would not have clear skin.)

As it goes with all forms of social media, drama can and does happen — but that doesn't mean you (literally) jump ship. For example, TikTok star Addison Rae has been hanging out a lot with her ex-boyfriend Bryce Hall, who is a member of Sway House, a Los Angeles-based group of creators known for dissing people and stirring up arguments. Hall was arrested, along with fellow creator Jaden Hossler, and charged with drug-related offenses during a cross-country road trip. Many Braddison (Bryce + Addison) shippers were losing hope, until Rae's mom, Sheri Easterling, tweeted "stan Bryce Hall for clear skin."

TL;DR? The phrase can yield a lot of power. Also, stan Braddison for clear skin.