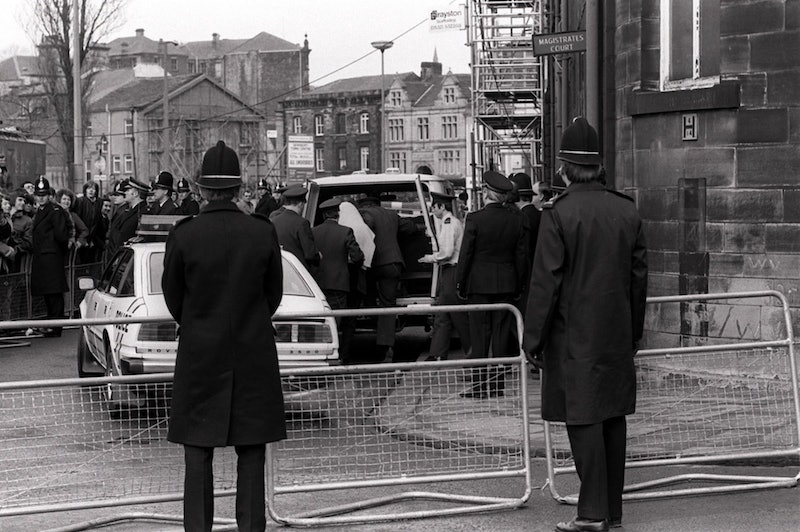 Serial killer Peter Sutcliffe is the focus of Netflix’s latest true-crime series, The Ripper. The documentary about the gruesome crimes of the serial murderer the media dubbed the “Yorkshire Ripper” has brought the real-life case into the spotlight once again, but what happened to Peter Sutcliffe’s surviving victims, and where are they now?

One of Britain's worst ever serial killers, Sutcliffe was convicted of murdering 13 women and attempting to murder seven more between 1975 and 1980 in Leeds and surrounding areas of West Yorkshire. Sutcliffe left 10 surviving victims, and died in November 2020 aged 74 after reportedly refusing treatment for coronavirus.

As is all too often the case, while Sutcliffe racked up newspaper inches (and continues to do so even after his death), victims and survivors of the heinous crimes were somewhat overlooked. Some were even subjected to victim-blaming by the investigators and legislators who were supposed to be fighting for justice on their behalf.

While Netflix's The Ripper does look to shine a light on the stories of the victims, some families and survivors have accused the network of sensationalism, specifically criticising their decision to name the series The Ripper.

In a letter written to Netflix, families and survivors said the moniker the "Yorkshire Ripper" traumatises them because it "glorifies the brutal violence of Peter Sutcliffe, and grants him a celebrity status that he does not deserve." The four-part series was originally called Once Upon A Time In Yorkshire, but Netflix changed the name only after some of the victims’ families had agreed to take part.

In response the criticism, Netflix told The Sunday Times: “This is not a series about Sutcliffe but a sensitive re-examination of the crimes within the context of England in the late 1970s. This was a time of radical change: a time of poverty and misogyny in which Sutcliffe’s victims were dehumanised by the media and the police, and that resulted in the perpetrator evading capture for five years.”

Two of Sutcliffe's surviving victims, Marcella Claxton and Mo Lea, signed the letter addressed to Netflix. There is more information on their story and the eight other survivors below.

In what is believed to have been his first attack, Sutcliffe beat an unknown woman with a stone in a sock, in Bradford in September 1969. Police arrested Sutcliffe but let him go with a warning because the victim – who survived the attack – refused to press charges. For that reason, nothing is known about this victim.

Anna Rogulskyj had spent the evening with friends and was on her way home in the early hours of the morning when she became Sutcliffe's second surviving victim. Rogulskyj was walking alone in Keighley, on the night of July 5, 1975, when Sutcliffe knocked her unconscious with a hammer. She suffered extensive lacerations to her head and stomach. The attack was interrupted by a passerby and she survived thanks to 12 hours of surgery at Leeds’ General Infirmary, but passed away aged 75, in 2008.

Just a month after attacking Rugulskyj in Keighley, Sutcliffe attacked Olive Smelt in a similar manner, striking her from behind with a hammer in Halifax and leaving lacerations on her body. Again Sutcliffe was interrupted but Smelt, who was 46 at the time, was understandably left traumatised by the attack and died in hospital in 2011, aged 82. She had “never got over that night,” said her daughter, Julie Lowry, after her death. "She did well to survive and had to learn to accept what happened mentally," Lowry told the Daily Mail. "But physically her mobility was never the same."

Tracy Browne was aged just 14 when Sutcliffe assaulted as she walked along a country lane in Silsden later the same month in 1975. Browne told biographer Carol Ann Lee for her book on the victims Somebody’s Mother, Somebody’s Daughter, that she had been charmed by Sutcliffe at first. “We had walked together for almost a mile – for about 30 minutes,” said Browne, “– and I never once felt intimidated or in danger.” Sutcliffe hit the teenager on the head five times but ran off when he saw the lights of a passing car, leaving Browne needing brain surgery. Sutcliffe confessed to the attack in 1992, but was never convicted of it.

Marcella Claxton was on her way home from a club in Chapeltown, Leeds, in the early hours of May 9, 1976, when Sutcliffe offered to drive her home. When 20-year-old Claxton got out at Roundhay Park to urinate Sutcliffe hit her over the head from behind with a hammer, later claiming he couldn't bring himself to continue the attack. Nevertheless, Claxton would have likely died had she not crawled to a phone box to call an ambulance, and still suffers symptoms from the attack, 44 years on. “I have to live with my injuries – 54 stitches in my head, back and front – plus I lost a baby, I was four months pregnant. I still get headaches, dizzy spells and blackouts,” she told Sky News.

A year later, in July 1977, Maureen Long was coming out of a nightclub in Bradford when Sutcliffe offered the mother-of-three, then 43, a lift home. Long stopped to urinate along the journey, and Sutcliffe struck her on the back of her head, knocking her out, and slashing her upper body. She was discovered by passersby several hours later, barely alive, and suffered amnesia surrounding the details of the attack.

In December of the same year, Sutcliffe attacked Marilyn Moore, a 25-year-old sex worker, in the back of his car on a waste ground in Scott Hall, Leeds. The incident took place just a short distance from the Prince Philip Playing Fields where Sutcliffe had murdered Wilma McCann two years previously. Sutcliffe lost his balance whilst delivering a blow to Moore with a hammer, and she let out a loud scream as she fell to the ground. Her screams and a barking dog nearby scared Sutcliffe into driving away, leaving Moore with severe head injuries, but still alive. Moore later provided one of the best photo fits of Sutcliffe but as sadly dismissed her as an unreliable witness by the police due to her status as a sex worker.

On September 24, 1980, a 34-year-old doctor from Singapore, Upadhya Bandara, was walking home from meeting friends when Sutcliffe followed her into an alley in Headingley, Leeds. He hit Bandara on the head, knocking her unconscious, tied a rope around her neck and dragged her along the street when he was disturbed and ran off. A neighbour investigating the noise called the police, though due to the lack of any stab wounds, and the new use of a ligature, the attack was not considered to be a Ripper attack at the time.

Artist Mo Lea was targeted by Sutcliffe when she was an art student living in Leeds over 40 years ago. Lea was in a pub with friends in the Chapeltown area of the city, and decided to take a shortcut down a dark street to catch the bus home when she was attacked. Lea woke up in hospital with substantial injuries – a fractured skull, fractured cheekbone, a broken jaw, a severed spinal cord, a puncture wound to the back of her skull and many cuts and bruises – but it could have been a lot worse had a brave couple not intervened as she was being attacked.

After her recovery, Lea went back to study art and has used her art as a form of therapy to overcome severe PTSD from the traumatic experience. Forty years on, she wrote a book – Facing The Yorkshire Ripper, The Art of Survival – about the ordeal. Lea, a successful artist and lecturer, is still in touch with one half of the couple that came to her rescue, Lorna Smith, today, and is a fundraiser for Victim Support.

On Bonfire Night, 1980, Theresa Sykes was just a 16 year old popping out to a shop in Oakes, Huddersfield, when Sutcliffe hit her from behind. Sykes was fortunately close to home, and her boyfriend heard her screams and ran out, scaring off her attacker. Sykes was recovering from brain surgery when Sutcliffe was finally arrested in the first week of 1981.

Sykes spoke out in 2010 when a High Court judge was set rule on whether Sutcliffe would ever be considered for release. “Over the years he's taken a lot away from me,” she added “It's never going to end with me so why should it end for him? He has absolutely spoilt my life. Why should he get out and have a life. I haven't really had one.”

More like this
'Line Of Duty’s Jed Mercurio Has A New Crime Drama In The Works
By El Hunt
What Reporting On The UK’s Most Prolific Cyber Stalker Taught Me
By Sirin Kale
After The Bling Ring, Nick Prugo Was Embroiled In Another Scandal
By Arya Roshanian
Black History Month UK’s 2022 Theme Calls For Action, Not Words
By Maxine Harrison
Get The Very Best Of Bustle/UK