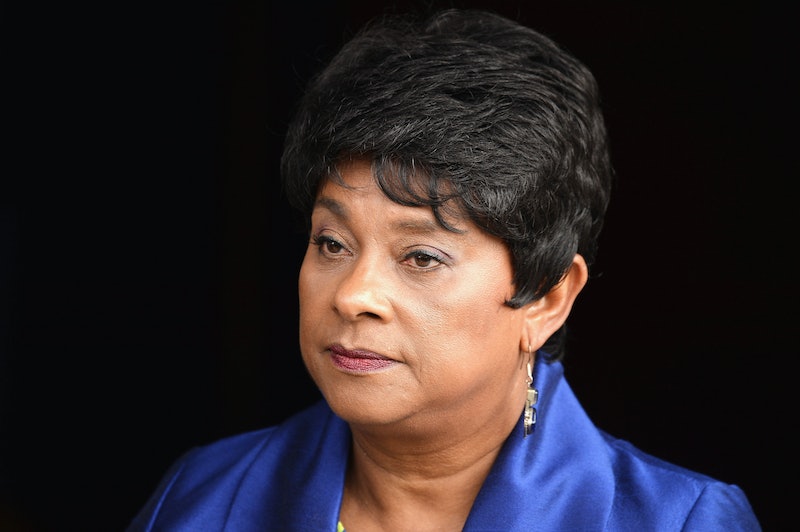 This April marks 28 years since 18-year-old Stephen Lawrence was murdered in a racially motivated attack. And since 2018, Stephen Lawrence Day has been held on April 22. For almost three decades, Steven Lawrence's mother has been tirelessly campaigning for justice for her son. So, what is Baroness Doreen Lawrence doing now?

As previously stated, Baroness Lawrence has been campaigning for justice since her son, Stephen Lawrence, was killed in 1993. Lawrence was murdered in a racist attack while waiting for the bus. Initially five suspects were arrested but not charged. It wasn’t until 2012 – 19 years later – when Gary Dobson and David Norris were convicted of his murder.

Lawrence campaigned with her husband for years after their son's death for an inquiry into police misconduct, arguing there were failings in her son's case grounded in racism. In 1999, Jack Straw, the Home Secretary at the time, announced an investigation into the handling of the case. Headed by Sir William MacPherson, the enquiry found that there were a number of failings in the investigation into the murder of Stephen, calling the Metropolitan Police "institutionally racist.” The MacPherson inquiry has been hugely influential in conversations about institutional racism in the UK police.

After the MacPherson Inquiry, Stephen’s case was reopened with the latest phase starting in Jan. 2014. An estimated 240 new witness statements were taken and a woman’s DNA profile was obtained from a bag strap at the murder scene. However, on Aug. 11, Met Commissioner Cressida Dick declared Stephen’s case “inactive,” saying the said they were "unable to secure any further convictions for Stephen, his family and friends.”

Baroness Lawrence thanked the officers who secured the convictions of Gary Dobson and David Norris years earlier but said, “I’m truly disappointed that those others who were equally responsible for my son's racist killing may not be brought to justice. It’s never too late to give a mother justice for the murder of her son. Whilst the Metropolitan Police have given up, I never will."

In the years after her son's death Baroness Lawrence has worked tirelessly to commemorate and honour Stephen. She set up the Stephen Lawrence Charitable Trust. The foundation works with young people from disadvantaged and underrepresented groups to help them build skills, gain qualifications, and realise their full potential. Lawrence is also a patron of Stop Hate UK which was established in 1995 in direct response to Stephen’s murder. It empowers and supports victims of racial abuse and harassment and campaigns for change in communities, institutions, and government.

In 2013 Lawrence accepted a Labour peerage and took on the title of Lady Lawrence of Clarendon. She was asked to sit in the House of Lords because of all of her charitable work and she said it was a decision she had to weigh up. "One of the main lessons I have learned is you never know what you are capable of until you are forced to step up and take responsibility out of your comfort zone," she said on the Guardian, "this life is definitely out of my comfort zone." During her time in the House of Lords she concentrated her work on immigration, race, youth issues, mental health, and education.

Throughout the time that Lawrence has been campaigning for racial equality in Westminster, she's advised the Home Office and police on panels, highlighting the progress that’s been made since the MacPherson report and what still needs to be done. She has also spoken about the Windrush Scandal writing on Politics Home that it was “disgraceful." She continued: "People in the Commonwealth were invited here. They were invited to work on the buses, work on the hospitals, all the jobs that the white English people did not want to do. They came over and even qualified teachers came and couldn’t go into the profession. Nurses couldn’t, even though they were qualified. So, the victimisation and stereotyping started right from there.”

She’s given her voice and platform to many issues that disproportionately affect people of colour in the UK. In April 2020 following statistics that highlight that BAME communities have been worse hit by the COVID-19 pandemic, Labour leader Keir Starmer asked Lawrence to lead a review into the impact of the pandemic on Black, Asian, and minority ethnic communities. Speaking about the review to the BBC, she explained, “there is a clear and tragic pattern emerging of the pandemic's impact on those communities which must be better understood. I think sometimes the government doesn't understand or they pretend that we are not as important — yet we make up so much of the medical profession."

Last year for Black History Month, Dame Lawrence set up the Stephen Lawrence Day Foundation, following the ‘3 Cs’ model: Classrooms, Community, and Careers. “Giving young people the opportunities Stephen never got to experience,” she said in an official statement at the time. “We want to inspire children to dream freely without barriers and to realise the absolute importance of education,” she added.

Alongside her political work, Lawrence has been awarded honorary doctorates from the University of Cambridge, the University of West London, and the Open University. In 2016 she took on the role of Chancellor of De Montfort University in Leicester. She moved on from this position in 2020. Lawrence’s work has shaped so many conversations about race in the UK. She’s been recognised as Britain's most influential woman in the BBC Radio 4's Woman's Hour Power List 2014 and held the Olympic flag in the 2012 opening ceremony.

During an appearance on ITV panel show Loose Women, Lawrence explained that her achievements have all been for her son. She said: “people look at you and think you’ve done really well but I don’t look at it like that because for me, it’s great to have all of these accolades but I’d rather have my son. My voice has been used for Stephen.”

In 2020, ITV commissioned a three-part sequel to The Murder Of Stephen Lawrence, which originally aired in 1999 and followed the Lawrence family's struggle for justice after Stephen was killed. The ITV follow-up documented the monumental changes his parents' work has brought about.

Lawrence continues to represent her son and communities that may not always have a voice. Speaking about The Murder of Stephen Lawrence and the ITV series she said, “I hope that the film and the drama which has been commissioned will provide some insight into what we went through and give some hope to others that justice can eventually prevail.”

More like this
MOBO Awards Found Kanya King On The Woman Whose Grit & Determination Spur Her On
By Kanya King
It’s About Time Black Girls’s Voices Were Heard – & 'Girlhood Unfiltered' Is The Start
By Paula Akpan
Iran Has Issued A Death Sentence Over Mahsa Amini Protests
By Catharina Cheung, Darshita Goyal and Maxine Harrison
Footballer Jake Daniels Shared His Thoughts On A World Cup Boycott
By Sam Ramsden
Get The Very Best Of Bustle/UK

This article was originally published on July 15, 2020