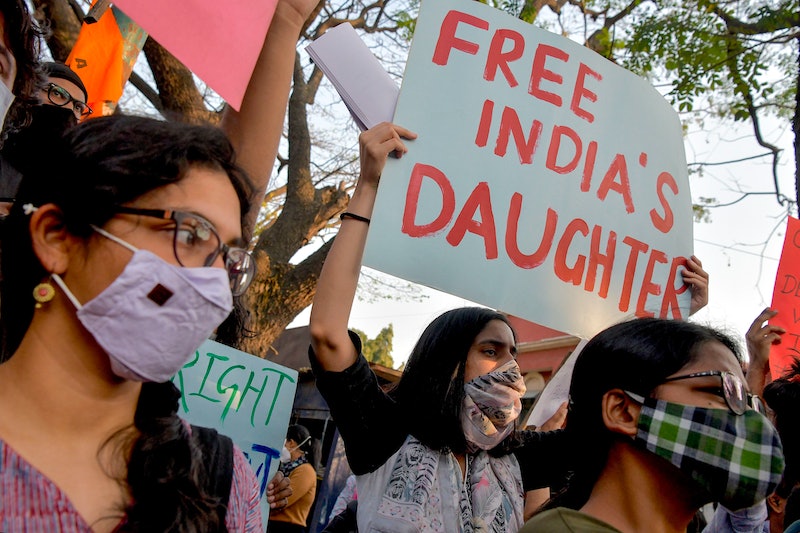 On Feb. 16, 2021, Disha Ravi was arrested by Dehli police for her alleged involvement in a making an online document made to help those protesting agricultural reforms in India. At the time of publication, Ravi has been in police custody for over five days, and has since been charged for sedition and conspiracy, which could lead to a life sentence. But what did Disha Ravi do and how can you help?

Who Is Disha Ravi?

22-year-old Disha Ravi is a climate activist from Bangalore, a city in southern India. She is one of the founders of the city’s wing of Fridays for Future India, part of the global movement which Greta Thunberg started in 2018.

“People of colour are suffering from the climate crisis first-hand – a lot of people don’t give us the attention that we need,” Ravi told Vogue last September. “The fact that you would choose to listen to a white person on the same issue than a person of colour, to me, is environmental racism.”

Why Was Disha Ravi Arrested?

On Saturday (Feb. 13), Dehli police raided Ravi’s home in Bangalore and arrested the 22-year-old on charges of sedition and conspiracy, which could lead to life imprisonment according to ABC News. They allege that Ravi created a “toolkit” via Google Docs and WhatsApp to help the ongoing protests against agricultural reforms in India. Police have also issued warrants for Nikita Jacob and Shantanu Muluk, two activists that allegedly created the toolkit with Ravi, per Sky News.

”The main aim of the toolkit was to create misinformation and disaffection against the lawfully enacted government,” Delhi Police said (via Reuters). Delhi police also claim that it was Ravi who shared the document with Greta Thunberg, who posted to her Twitter account. The tweet was later removed by the climate activist.

Ravi, who is currently in police custody, said in court that she “had merely edited two lines of the document,” per BBC News, and asked Thunberg to remove the document after it was “accidentally leaked”.

Since her arrest, dozens of protests have erupted in India demanding Ravi's immediate release. Thousands of people across the world have voiced their support for Ravi, including Canadian poet Rupi Kaur, American Vice President Kamala Harris's niece Meena Harris, and Dehli Chief Minister Arvind Kejriwal. Kejriwal said the arrest of Ravi “is an unprecedented attack on democracy,” and that “supporting our farmers is not a crime.”

How To Support From The UK

More like this
Here’s Where The NHS Nurses’ Strike Currently Stands
By Sophie McEvoy
Gen Z Are Twice As Likely To Identify As Queer, According To New Data
By Sam Ramsden
Pret & Costa’s Coffee Is The Strongest On The High Street, According To Which?
By Sam Ramsden
Rita Ora Finally Opened Up About Marrying Taika Waititi & Their "Perfect" Wedding
By Sophie McEvoy and Catharina Cheung
Get The Very Best Of Bustle/UK
Sign up for Bustle UK's twice-weekly newsletter, featuring the latest must-watch TV, moving personal stories, and expert advice on the hottest viral buys.