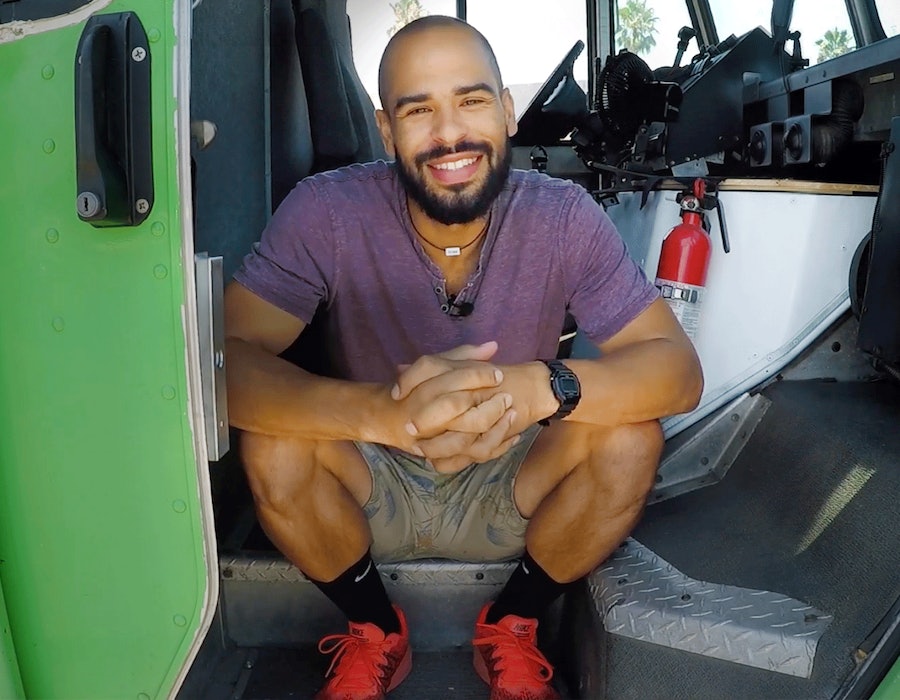 It’s no secret that housing costs in most major metropolitan areas are prohibitively expensive, with many renters having to spend nearly two-thirds of their salary on these expenses. Vaughn Dabney is an author, software developer, and entrepreneur based in Los Angeles, California. He decided to take an alternative route by transforming a delivery truck into a fully livable, solar-powered abode. He broke down what it's like to live in a tiny truck home, what his costs amount to, and how this change has helped him develop a community in LA and beyond.

Relocated is a series from Bustle, where we follow daring individuals who choose to live off the beaten path.