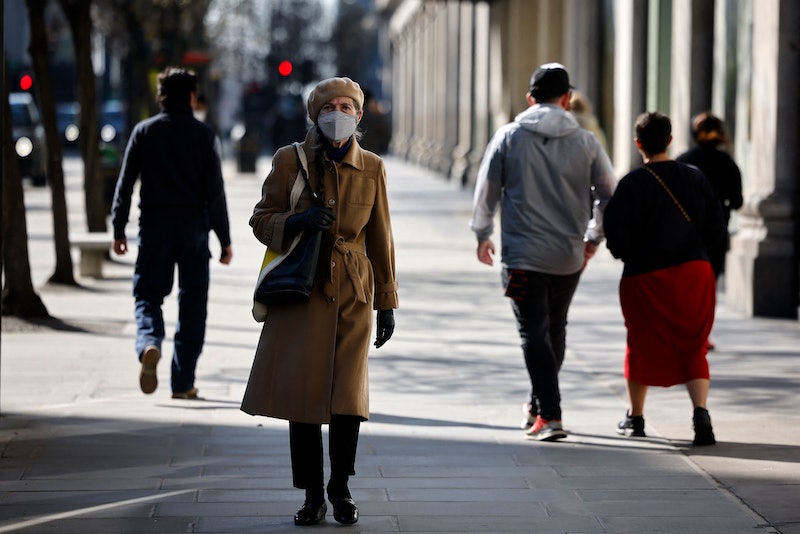 A year on from the first lockdown, the UK is finally looking to ease out of restrictions. On Feb. 22, Boris Johnson announced a four-step roadmap, which would see various lockdown measures lifted, with May 17 being one of the key dates for those living in England.

Elsewhere, the devolved governments of Scotland, Wales, and Northern Ireland have their own roadmaps and plans to move out of restrictions. So, if you’re in need of a clear update as to where things stand in your area of the UK, here’s everything you need to know.

On Feb. 22, the UK government announced a four-step roadmap to ease the lockdown restrictions in England. The first step began on March 8, and will continue from May 17 when family and friends will finally be able to hug each other. From May 17 people can meet indoors with up to six people, and will be given the “choice” to socially distance. Hospitality and entertainment venues will be allowed to open indoor spaces, meaning you’ll be able to eat inside restaurants and pubs as well as visit the cinema.

Step four will happen no earlier than June 21, which will include the reopening of nightclubs and the possibility that large events and performances could return. However, this easing of restrictions will only take place if the roadmap continues to meet the four criteria outlined by the government.

Scottish residents will also be able to meet and hug in each other's homes on May 17, and will also move to level 2 restrictions. But due to a surge in cases in Moray, it’s “very likely” that the area will remain in level 3.

Pubs and restaurants will be able to serve alcohol indoors as well, and the requirement for social distancing when meeting indoors or in private gardens will be dropped.

Pubs and restaurants will be able to serve customers indoors from May 17, and tourist accommodation, indoor entertainment, and attractions will also reopen. Indoor activities with up to 15 people will also be allowed. Cinemas and theatres will also reopen, and organised activities like wedding receptions can have up to 30 people indoors and 50 outdoors.

April 30 was the big date for Northern Ireland, when non-essential retail officially reopened along with the hospitality sector with outdoor service. Up to fifteen people from three households can also meet outside, and gatherings outside are limited to ten people.

Unlike England’s road map, Northern Ireland is following a plan that includes nine pathways, each of which has five steps towards restrictions being lifted. These pathways are:

More like this
Here’s What TikTok's "Mascara” Trend Is *Really* About
By El Hunt
Pret & Costa’s Coffee Is The Strongest On The High Street, According To Which?
By Sam Ramsden
Ben & Jerry’s New Sundae Flavours Are A Chocoholic’s Dream
By Sophie McEvoy
90 Epic Truth Or Drink Questions To Play 'Say It Or Shot It' With
By Bustle UK
Get The Very Best Of Bustle/UK
Sign up for Bustle UK's twice-weekly newsletter, featuring the latest must-watch TV, moving personal stories, and expert advice on the hottest viral buys.