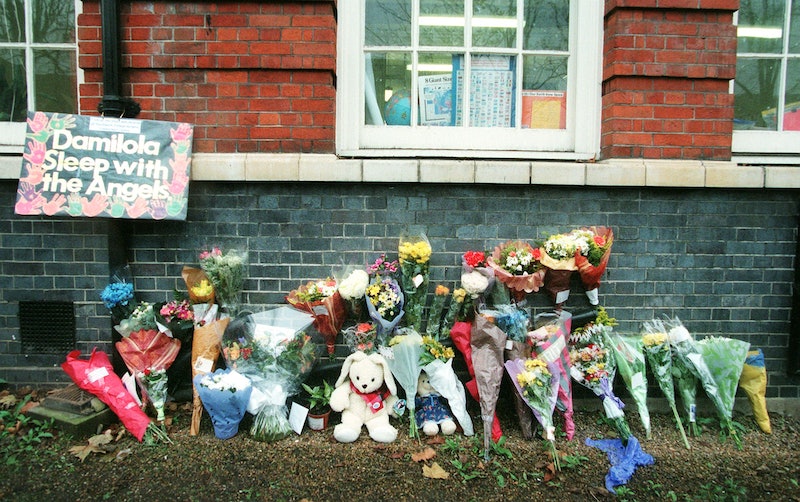 The tragic killing of 10 year-old Damilola Taylor is the subject of a brand new Channel 4 documentary. Airing 20 years after his death, The Boy Next Door will both honour Taylor's memory and explore the devastating impact his death had on those closest to him. But what happened to Damilola Taylor's killers, Danny and Ricky Preddie?

On Nov. 27, 2000, Taylor was walking home from Peckham Library in South East London when he was stabbed in the leg with a piece of broken glass. Soon after the attack, Taylor ran to an empty stairwell where he collapsed. Within 30 minutes he had sadly died. The motive for the attack is unknown.

On August 9, 2006, teenage brothers and known gang members Danny and Ricky Preddie were found guilty of killing Taylor and charged with his manslaughter. The brothers were sentenced to serve eight years in youth custody. However, Ricky and Danny were both given early release in 2010 and 2011, respectively.

As the BBC reports, Ricky was sent back to prison in March 2011 for violating his parole conditions. He was released in January 2012 and just 16 days later was again jailed for the same reason. In February 2020, Ricky was sentenced to four years in prison after hitting a police officer with a car, Metro reports. It appears that Danny on the other hand has not returned to prison since his release.

As mentioned previously, Channel 4's latest documentaryThe Boy Next Door will mark the 20th anniversary of Taylor's death. The programme is fronted by Capital XTRA DJ Yinka Bokinni, a childhood friend of Damilola, and will revisit the impact of Taylor's death on his peers and nearby community. Speaking to iNews, Bokinni revealed her intent behind the documentary was to "honour" Taylor, and show the world that "he was loved, cared for, and that he mattered."

“Dami was a regular 10-year-old who was cheeky, funny, loving and boisterous,” she explained, adding: "I don’t want people to think his story was doomed to end in the way it did.”