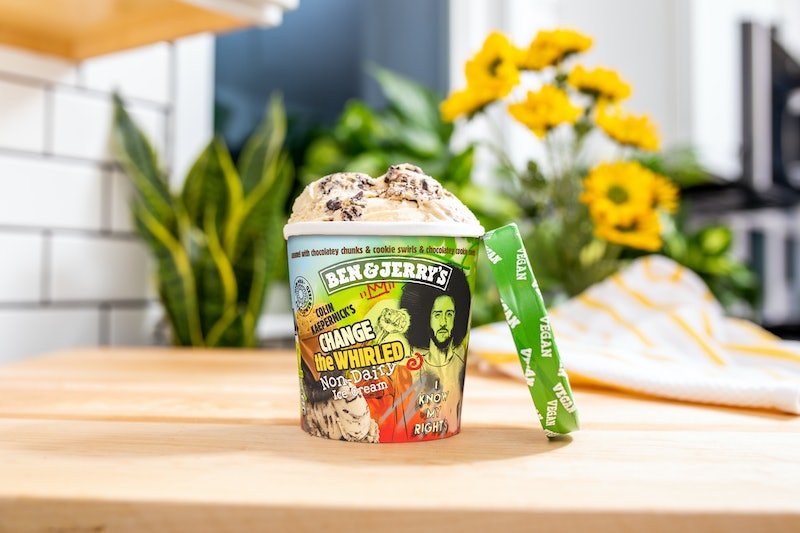 It’s National Ice Cream Day on Sunday, July 18, and it couldn’t have come at a better time considering the current heatwave. There’s no need to miss out on the celebrations if you’re avoiding dairy, as Ben & Jerry’s have just unveiled a whopping four new vegan flavours... and they all sound bloody incredible.

The new offerings kick off with Change The Whirled, a delicious-sounding treat with a conscience. It has a dairy-free sunflower butter base, caramel-flavoured ice cream with fudge chips, graham cracker swirls and chocolate cookie swirls. It’s been made to honour American sportsman and activist Colin Kaepernick, who has been working in pursuit of racial justice, and a portion of the proceeds will go towards his Know Your Rights Camp.

Save Our Swirled Now is another vegan ice cream with a charitable twist; it’s been developed with The Climate Coalition. Ben & Jerry’s are inviting fans to show their solidarity to ask leaders for a cleaner, fairer future for all, and have started a declaration you can sign online now. It’s a coconut-flavoured ice cream with caramel, chocolate chunks and a delicious cookie swirl.

While Change The Whirled is exclusive to Domino’s, the other three flavours are being sold in major supermarkets nationwide. The tubs costs £5.49 each.

If you’d prefer a dairy treat, you could also pick up one of Ben & Jerry’s new Twist flavours in either Dough-ble Chocolate or Rain-Dough, as well as a pack of Peace Pops, which launched in January. Or grab a tub of each and decide your favourite.