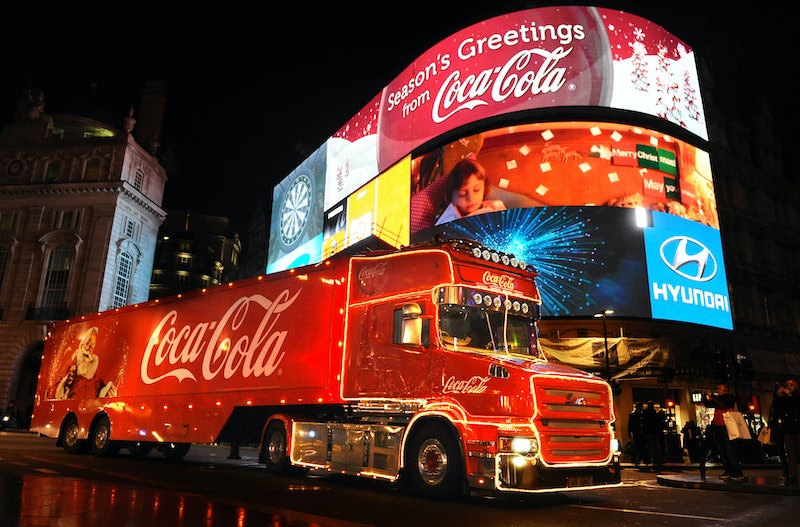 A second lockdown may be stifling the festive spirit for some, but there's hope yet, and it comes bottled up by Coca-Cola. Since it was first introduced in 2018, the cinnamon-flavoured drink has brought a rather warming twist to fizzy drinks, and now it is back by popular demand. But where can you buy cinnamon Coca-Cola in the UK?

The limited-edition flavour is the perfect alternative for those who aren't into gingerbread lattes or a nutmeg-spiced cup of tea, but still want a festive sip. And it is surprisingly easy to get your hands on the Christmas cola, which is returning to supermarkets nationwide this week.

Stocked at Tesco and other major supermarkets, the drink is available in 500ml and 1.25L bottles. "For fans of the brand or those looking to try an exciting drink, it's full of festive flavour and no sugar,"said Coca-Cola senior brand manager Amber Topalcik, "perfect for the lead up to Christmas."

Part of the popular Coca-Cola Zero Sugar range, the drink will only be around for a limited time though. The exact date is as yet unconfirmed, but going on previous years, it will most likely be Dec. 31. So if you want to stock up, be quick.

Coca-Cola has a long history of trying out new and exciting flavours. Mango, feisty cherry, ginger lime, and zesty blood orange Diet Coke are all among flavours launched by the fizzy drink company, though vanilla, cherry, and peach Zero Sugar flavours are among the most popular and well-known versions. At one point, there was even talk about a cannabis-infused version.

The return of Coca-Cola's limited-edition drink also coincides with the Coca Cola Christmas advert, which was directed by Oscar-winning writer and director Taika Waititi for 2020. The ad is set to tell "the story of a girl wanting to spend time with her father who has to work during the festive season," per Campaign. Something else to look forward to!