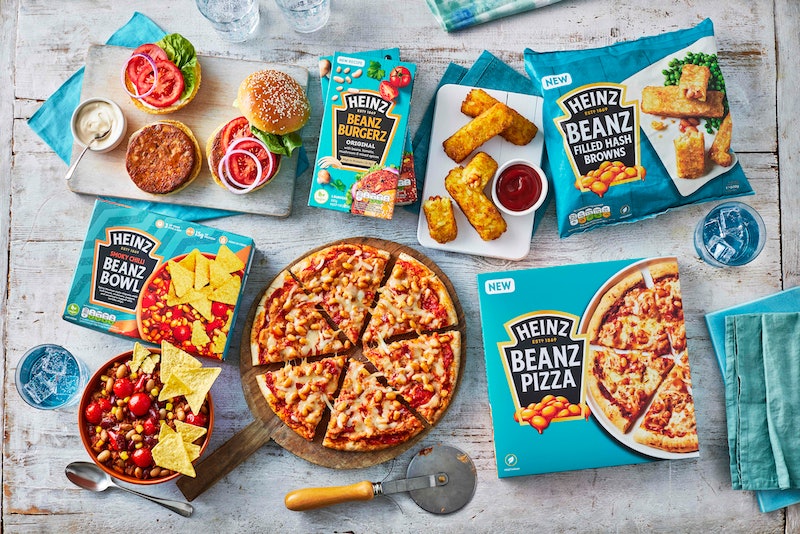 After a string of delicious Heinz Beanz innovations released over the past year, including sprayable mayo mousse, Heinz Beanz houmous, and Heinz Spoon Friez, the brand is now reintroducing a ‘90s family frozen favourite: the Heinz Beanz Pizza. Yes, almost 20 years after it first launched, the beantastic pizza is returning to supermarket shelves following its disappearance from the freezer aisles in 2003. Already drooling at the prospect? Here’s where to buy the Heinz Beanz Pizza.

With a new, super-fresh look, the returning Beanz Pizza is relaunching as part of Heinz’s mission to bring customers the Beanz they know and love in “exciting and inventive ways.”

“We know there are some true fans of our frozen Beanz Pizzas out there and — after a 20-year hiatus from supermarkets — we hope they’re as happy today as we are to hear this absolute classic is available again in stores,” Sophie Higgins, the Head of Growth Platform at Heinz, said of the product’s return.

If you’re hoping to revisit this tasty ‘90s treat, or try it for the very first time, the Heinz Beanz Pizza will be available to buy for just £3 in Iceland stores from the end of November.

Speaking of the product’s much-anticipated return to the freezer aisle, Andrew Staniland, Trading Director at Iceland Foods, said the store chain is “delighted” to be relaunching the “iconic” Heinz Beanz Pizza. “We expect demand to be high for the ‘90s product and can’t wait to see what our customers think of the relaunch,” Staniland added in a statement.

The announcement has already caught the attention of foodies everywhere, and many on social media are looking forward to seeing the product back on supermarket shelves once again.

“I used to love these when they were originally released and was gutted when you could get them anymore,” one user recalled on Instagram, while another described the pizza as being “an absolute game changer.”