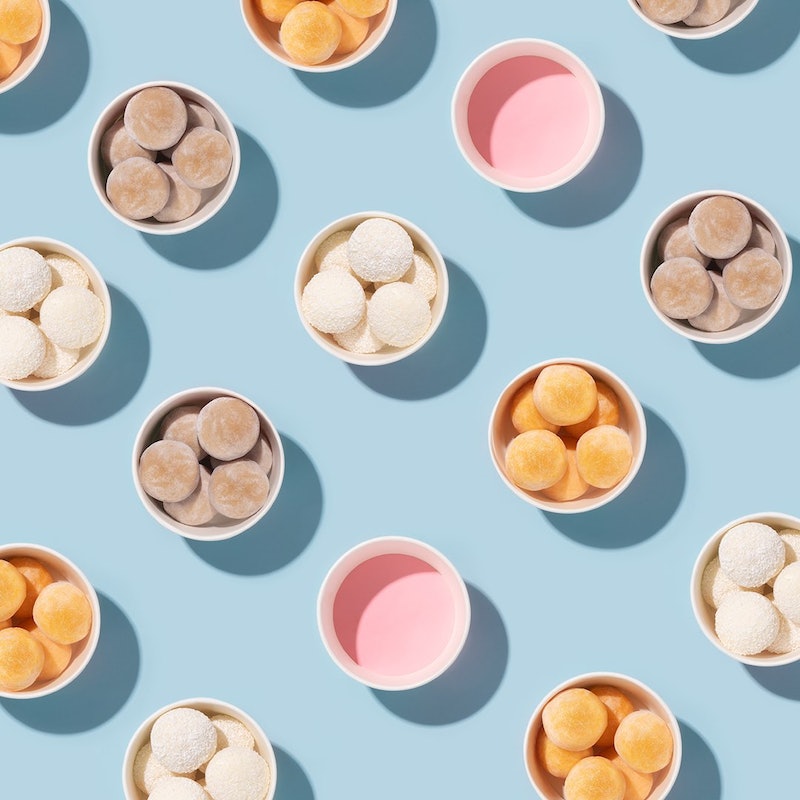 Over the past year, #LittleMoons has become a regular sight on British TikTok. Users across the country are sharing their trips to supermarkets as they search for these delicious mochi ice cream balls, so much so that retailers are struggling to meet demand. So here's where to buy Little Moons in the UK, because they're selling out fast.

Tesco was initially the only major retailer selling these mochi joys, but now you can find them in Asda, Morrisons, Waitrose, and Sainsbury’s.

Waitrose and Sainbury's are also selling the chilled cheesecake versions, but these are exclusively available via their sushi counters, which are only in a handful of stores.

All five supermarkets have a limited selection, but you can buy all 12 flavours through online supermarket Ocado, which includes three vegan flavours. There are some flavours missing, though. In June, Little Moons debuted three limited-edition flavours just in time for summer. They include Candy Floss, Eton Mess, and… Fish & Chips? Yeah, not exactly dying to try that one, either. If you’re struggling to find those in supermarkets, you can buy them directly from the Little Moons website.

And according to Instagram’s Kevs Snack Reviews, you better be on the lookout in Tesco for the brand new Belgian Chocolate & Hazelnut flavour, too.

If you're in the right area, you can order Little Moons via Deliveroo under Honi Poke, Farmshop, and Sushi Daily. You can also order them via Uber Eats if you live in London and Amazon Fresh.

For those in London, Little Moons have set up dedicated pick 'n' mix stores across the city at Westfield, Selfridges, and three branches of Whole Foods in High Street Kensington, Fulham, Richmond, and Picadilly.

#LittleMoons has over 50 million views, according to iNews, which has subsequently driven Little Moons's sales up by 700%. "It's been incredible to watch this go viral and seeing how much people are loving Little Moons," co-CEO of the brand Howard Wong said in a statement. "Our sales have gone up exponentially and we're seeing empty shelves across all our retailers which we're rushing to re-stock so we don't disappoint people trying to get their hands on their Little Moons."

Launched in 2010 by brother and sister duo Howard and Vivien Wong, Little Moons are ice cream bites wrapped in mochi, a Japanese rice flour dough. The thin layer of mochi has been "steamed and pounded to give it its distinctive soft and chewy texture.," Little Moons explains on their site. They also recommend that you wait five minutes after taking them out of the freezer before eating them, as the ice cream is a high-density gelato. Those five minutes allow for the ice cream to soften, rewarding you "with a much more intense flavour."

So buy Little Moons while you can, because they're quickly becoming a major 2021 food trend.