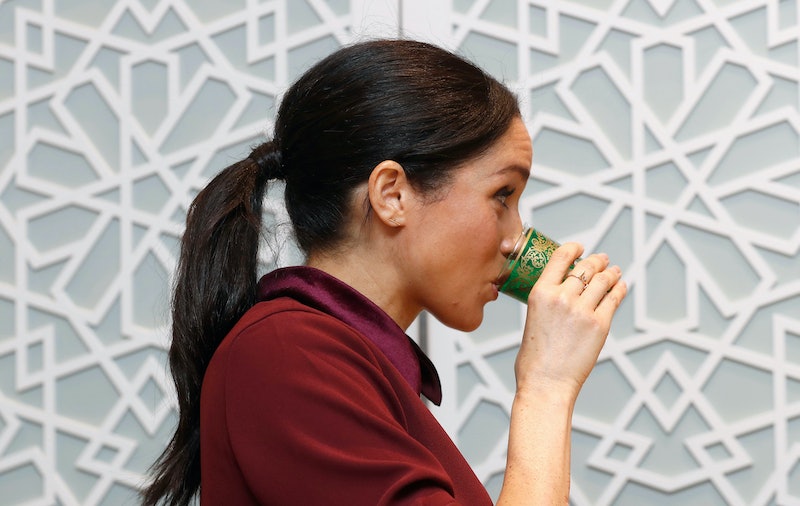 Since departing from their roles as senior members of the royal family, the Duke and Duchess of Sussex have moved onto new and exciting ventures. The latest of which has seen Meghan Markle invest in the startup company Clevr Blends, which specialises in instant oat milk lattes. Based in Santa Barbara, California, the female-founded business is already getting the thumbs up from some of Meghan's A-list pals. But is Clevr Blends available in the UK?

Well, as noted on the company's website, Clevr Blends don't currently offer international shipping. However, the company have confirmed they'll begin delivering overseas in January 2021 — although it isn't specified if this includes the UK. I have reached out to Clever Blends for comment and will provide any updates as soon as possible.

In an exclusive statement to Fortune, Meghan announced her investment into the Californian-based business led by co-founder and CEO Hannah Mendoza, emphasising the importance of supporting female-founded companies.

“This investment is in support of a passionate female entrepreneur who prioritizes building community alongside her business." The Duchess continued: “I’m proud to invest in Hannah’s commitment to sourcing ethical ingredients and creating a product that I personally love and [that] has a holistic approach to wellness. I believe in her, and I believe in her company.”

Elsewhere, the company's CEO also revealed she is "excited for the road ahead" following Meghan's investment.

"Entrepreneurs need funding, but they also need advisers who care deeply about what they are building. I’m grateful to have found both in the Duchess of Sussex," Mendoza said in a statement to Fortune. "Her passion for what we’re creating is palpable, and I couldn’t imagine a more aligned partnership. We’re excited for the road ahead."

As the Independent reports, Meghan first became interested in Clevr Blends after trying the company’s oat-milk latte product at a coffee pop-up shop in 2017. Prior to the announcement of the Duchess' investment, the one and only Oprah Winfrey revealed on Instagram that Meghan had recently gifted her some Clevr Blends products, declaring the powdered oat milk beverage her "new drink of choice for the morning and night."