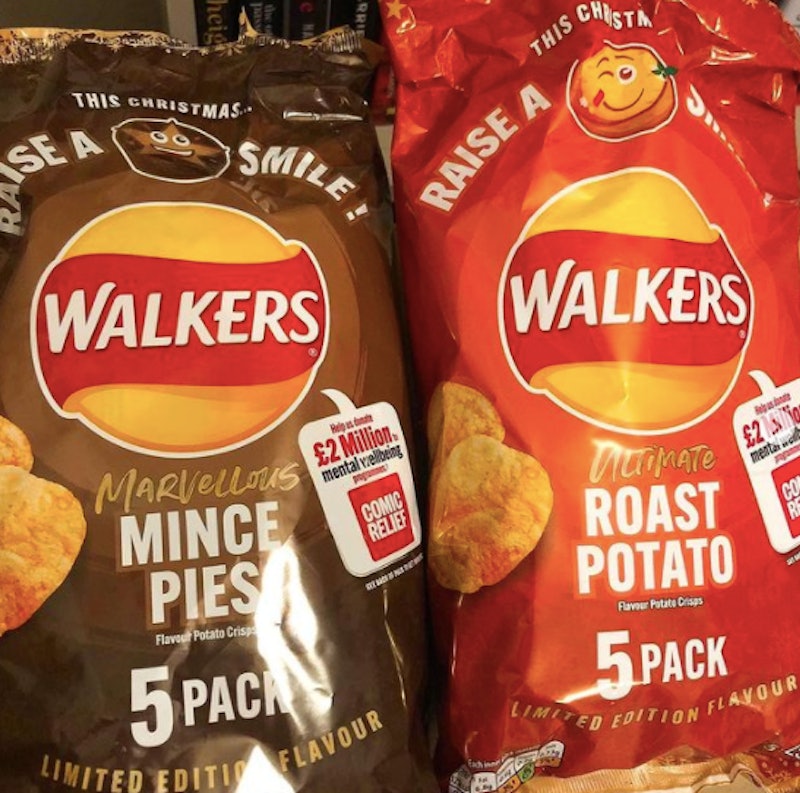 It’s very likely that festive food this year is officially the weirdest it’s ever been. First, there was Chocolate Orange mayo from Heinz and now it’s Mince Pie crisps by Walkers. Yep, for real.

The strange-sounding snacks were first spotted over on @kevssnackreviews page, where he announced that there would be three festive flavours from Walkers this year, one of which would be the Mince Pie option.

Kev’s review was actually pretty positive, awarding the crisps an 8/10. He wrote, “When first taking a bite there’s an interesting sweet cinnamon spice kind of vibe, and as you eat the crisps it really grows on you and becomes moreish! It’s subtle enough to taste, but not overpowering, and is quite unique for a crisp flavour.”

So, what exactly do they taste like? Well, one review on YouTube proclaimed them to be a “bit of a let down” and that you “just get a hint of cinnamon” upon chewing. “It almost tastes like sweet barbecue,” reviewer Mike explained.

If you’re not quite on board with the weird and wonderful world of mince pie crips, Walkers’ two other flavours may entice you a little more. First up is their Roast Potato flavour, which is then joined by traditional Pigs In Blankets.

Whichever ones you’d like to get your hands on, you can head down to Tesco to secure your bag. All three (Mince Pie, Roast Potato, and Pigs In Blankets) are available in multipacks of five for just £1. Meet you at the checkout.