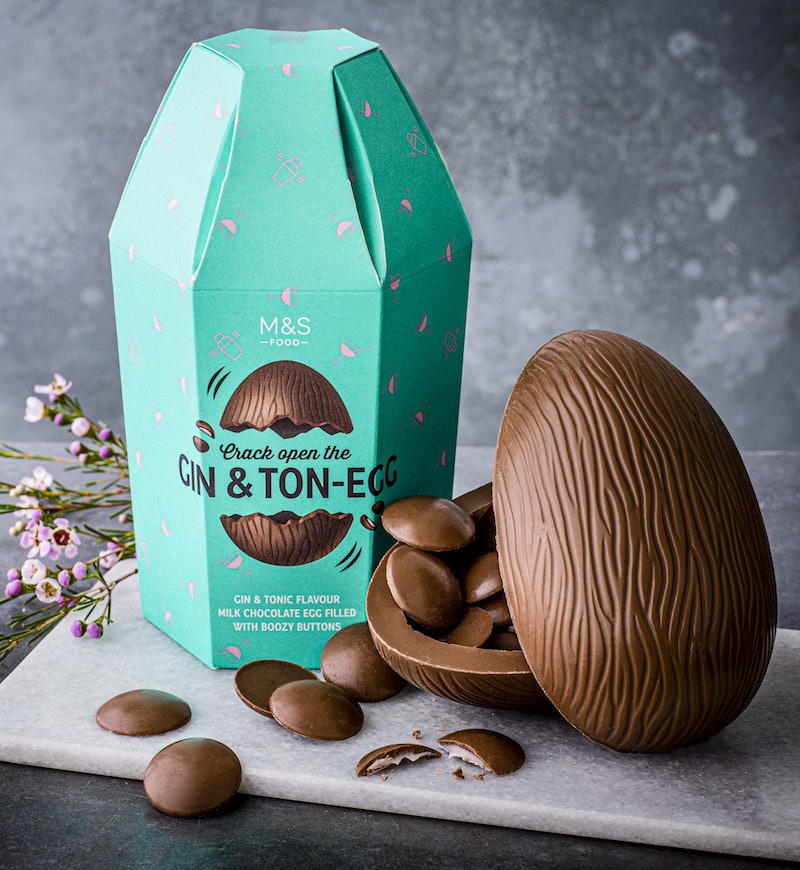 Easter is fast approaching, and one major British retailer is offering an alcohol-infused alternative. The ever-inventive Marks and Spencer has launched a Gin and Tonic Easter egg, and it looks as delicious as it sounds.

Aptly titled the Gin & Ton-Egg, it’s available to buy in store and online via Ocado for £5. Consisting of gin-flavoured milk chocolate, the egg has an added hidden bonus of pink gin-flavoured giant buttons inside the hollow treat. And these aren’t just here for an extra boost of chocolate – if you shake the egg it makes it sound like ice cubes. The box itself even resembles a shaker.

And if you’re after something that isn’t the traditional egg shape, M&S has totally got you covered. There are two adorably precious milk and white chocolate bunnies called Alfie and Bella, a milk chocolate Koala called Kylie, and Walter the milk chocolate sausage dog that all look too cute to eat. If you can get past that, you can purchase them altogether in a hamper for £20.

For those who don’t want to devour a sausage dog or koala, M&S also have a vegan option in the shape of an eggplant. Initially released in January, this is bound to become one of Marks and Sparks best-selling Easter eggs just for sure.