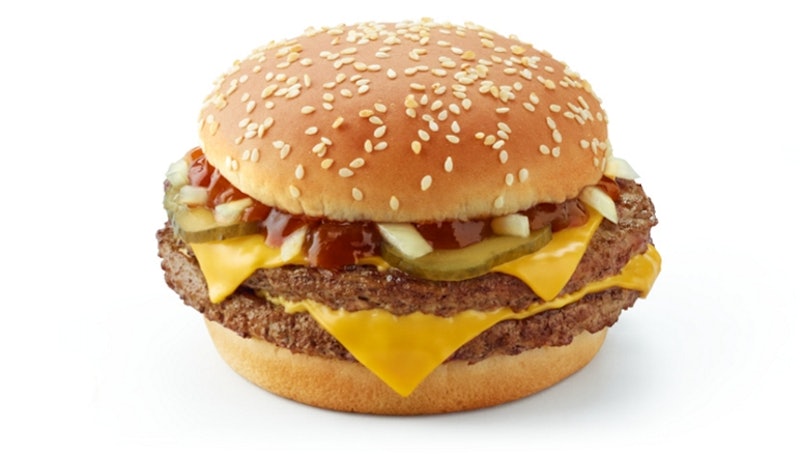 Fast food lovers rejoice, McDonald’s is launching a brand new burger and it’s a twist on one of their most popular meals. It makes up part of their summer specials menu which will be available for a limited time only and joins the new chicken McSpicy burger which was released on July 14.

The new BBQ Quarter Pounder with cheese is made up of a beef patty, two slices of cheese, onions, pickles, and ketchup, mustard, and BBQ sauce. When you get it as part of a medium meal it only costs £5.09 and it was added to menus on July 28 across the UK.

If you want to maximise on the BBQ goodness then you can also add another patty in the Double BBQ Quarter Pounder which costs £1 more.

The McSpicy burger got a mixed response online after it was released with some people wanting a little more heat. And after seeing the BBQ Quarter Pounder one person wrote on Twitter, “This is going to go one of two ways, be a game-changer or be disgusting.”

The BBQ Quarter Pounder isn’t the only new meal. Maccies has also announced that they’re releasing garlic cheese bites. Flavoured with garlic and herbs, the bite-size pieces of cheese are breaded and you can either buy a single serving of five bites for £1.89 or get a sharer box for £5.09. I can’t say I’d imagine myself being able to share them though.

In time for the hot weather, McDonald’s have also added Mars and Twix McFlurry’s to their menus. If whipped ice cream with chunky Mars and Twix pieces sounds like your jam then you’re in luck. For the normal size, these deserts cost £1.49 and for the mini version, they’re 99p.

Each of these items are on the limited edition summer menu so they’ll be around for four weeks or until stocks last.