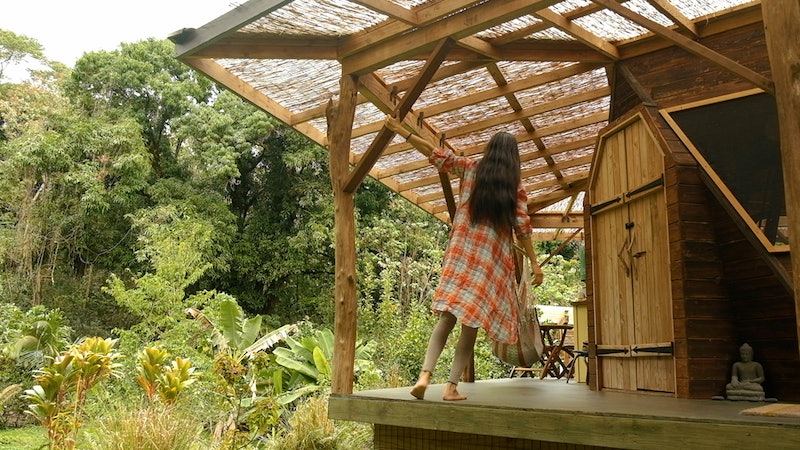 Arina and Zen Moriya have a pretty familiar narrative. After years of the corporate grind in California, the pair reached the point of burnout and started thinking about alternative living arrangements. Their relocation journey landed them in the Puna jungle on the Big Island of Hawaii. There, they built a self-sustaining compound that includes a 1,272-square-foot main house, 384-square-foot cottage, and a 360-square-foot bungalow, along with a thriving garden, where they grow their own food. Zen sat down with Bustle as part of our Relocated series to break down what the venture cost and how he and Arina maintain a fully off-grid lifestyle. Hint: The hard part is getting started.

In his interview with Bustle, Zen describes their lifestyle as a mutually beneficial sustainable transaction: “We take care of the land we live on, and the land takes care of us.”

What It’s Like Living In A Historic Tiny Gatehouse

Why This Software Engineer Is Living In A Delivery Truck