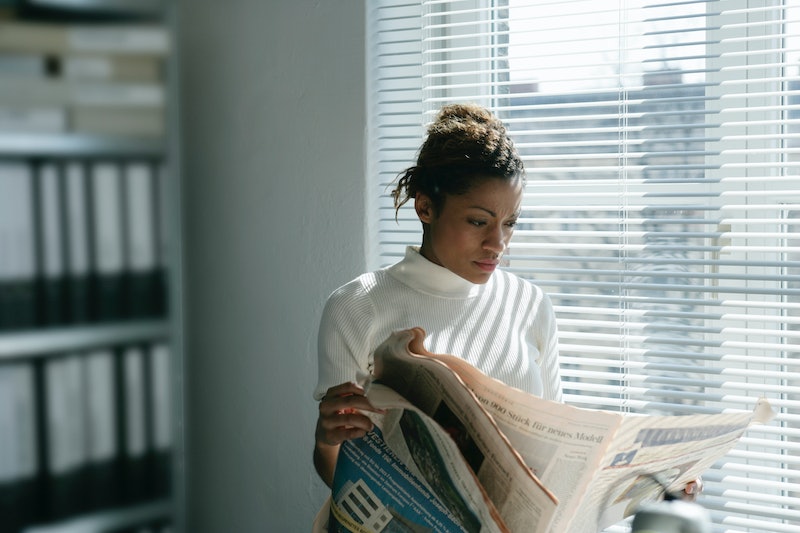 Nearly one year after George Floyd was killed by Minneapolis police, the former police officer who knelt on Floyd’s neck for over nine minutes has been found guilty on all counts. A Minnesota jury delivered a unanimous verdict that found Derek Chauvin, 45, guilty of unintentional second-degree murder, third-degree murder and second-degree manslaughter. Following the verdict, Vice President Kamala Harris and President Joe Biden addressed the country with a pointed reminder: the fight for change is far from over. “A measure of justice isn’t the same as equal justice,” Harris said. “This verdict brings us a step closer, and the fact is we still have work to do.”

Roughly 1,000 people killed by American police annually. On April 11, Daunte Wright, a 20-year-old Black man, was shot and killed during a traffic stop in a Minneapolis suburb. On the heels of the Chauvin verdict, 16-year-old Ma’Khia Bryant was fatally shot by a police officer in Columbus, Ohio. Black Americans are killed by law enforcement at more than twice the rate of white Americans.

This is not a new epidemic. Instead, the violence is now being filmed. Communities of color experience these traumas over and over, in public forms and in private grievings. There’s no federal database tracking the occurrences; the information that local agencies report to the Federal Bureau of Investigation is voluntary. Most states don’t require officers to attend deescalation training.

Bustle created a reading list of scholars, reporters, and intellectuals who help us think about American racism, police violence, and their recent manifestations.

In the 2016 op-ed, author Roxane Gay discusses the tiring repetition of police violence against Black men. “I don’t think we could have imagined that video of police brutality would not translate into justice,” she writes.

2. "The Black Journalist And The Racial Mountain," by Ta-Nehisi Coates

In his 2016 essay, Ta-Nehisi Coates looks at racial disparities within the media industry, shining a light on tokenism, the historical suppression of Black voices, and the challenges of being a Black writer during cycles of violence.

3. "George Floyd Could Not Breathe. We Must Fight Police Violence Until Our Last Breath," by Derecka Purnell

4. "How Does A Steady Stream Of Images Of Black Death Affect Us?" by Sherri Williams

After the death of Philando Castile, a Black man killed in his car by a police officer, American University assistant professor Sherri Williams asks about the short- and long-term impacts of seeing so many videos and images of violence against Black people.

5. "How White Women Use Themselves As Instruments Of Terror," by Charles M. Blow

Columnist Charles M. Blow looks at the historical precedent of white women using their power to harm Black men. He points to the recent example of Amy Cooper, a white woman who called the police on bird-watcher Christian Cooper. “I am enraged by white women weaponizing racial anxiety,” he writes.

The ongoing collection, originally published in 2019, won a Pulitzer Prize for reporter Nikole Hannah-Jones. The project looks at the lasting legacies of slavery across American society, including its impact on the criminal justice system.

Assistant professor of communication at Thomas Jefferson University in Philadelphia, Letrell Deshan Crittenden studied how Black journalists and journalists of color feel about disparities in coverage and opportunity. He contrasts the global response to the 2018 Tree of Life Synagogue shooting with a 2016 shooting where five Black people were killed.

8. "There's One Epidemic We May Never Find A Vaccine For: Fear Of Black Men In Public Spaces," by John Blake

CNN writer John Blake analyzes what recent events like Floyd’s death and Amy Cooper's racism have in common: an inherent fear of Black men. “Why are black men still so feared in 2020?” he asks. “And what will it take for it to stop?”

9. "The Viral Video Of Ahmaud Arbery’s Killing Shows Whose Deaths We Afford Privacy And Whose We Don’t," by Sarah Sentilles

Sarah Sentilles has been studying imagery of violence for 15 years. She argues that society’s willingness to show images of Black and Brown bodies, but not white ones, is rooted in racism.

Sparked by the 2014 police shooting of Michael Brown, this interactive project has been tracking police killings since 2015.

Bestselling and award-winning author Ibram X. Kendi interrogates white fear, and how it often leads to the dehumanization of Black men. “They don’t see themselves in me,” he writes. “They certainly don’t see their own innocence in me.”

More like this
24 History-Making Black Women You Probably Didn't Learn About In School
By Ayana Lage and JR Thorpe
25 Inspiring Quotes From Black Women To Celebrate Black History Month
By Kyli Rodriguez-Cayro and JR Thorpe
8 Charities To Donate To During Black History Month
By Alexis Morillo
The Mysterious Gunther Corporation From 'Gunther’s Millions' Has Dissolved
By Brad Witter
Get Even More From Bustle — Sign Up For The Newsletter
From hair trends to relationship advice, our daily newsletter has everything you need to sound like a person who’s on TikTok, even if you aren’t.