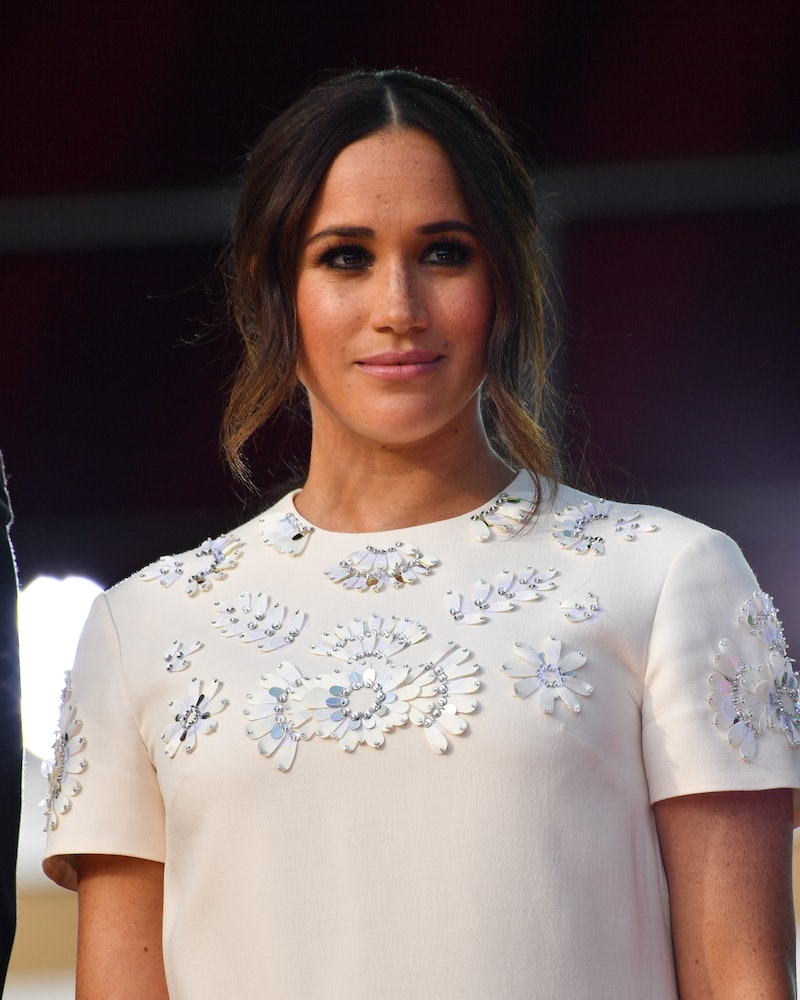 2020 was a year of major change for Prince Harry and Meghan Markle, not least in part due to their decision to relocate their family and step back from their roles as senior members of the royal family. Playing out in the background of all this was Meghan's lawsuit against the Mail on Sunday. After the pandemic turned the court proceedings into a virtual affair, Meghan finally won her privacy case against the newspaper in February 2021. The paper went on to lodge an appeal against the decision but, on Dec. 2, 2021, it was rejected.

After a three-year legal battle, the Mail On Sunday accepted defeat and on Dec. 26, published a front-page apology to the duchess, agreeing to pay Markle damages ranging from just £1 to a suspected £1m. Markle had previously said the lawsuit was about principle, rather than money, and counts recent rulings as a “victory”. Now, as the lengthy legal dispute reaches a conclusion, here’s everything you need to know about Meghan's privacy lawsuit.

What Happened When Meghan Sued The Mail On Sunday?

In October 2020, Meghan Markle filed a lawsuit against the Mail on Sunday for publishing sections of a private letter she sent to her estranged father, Thomas Markle in 2019.

Represented by law firm Schillings, Meghan filed a High Court claim against the newspaper’s publisher, Associated Newspapers, alleging misuse of private information, infringement of copyright, and breach of the Data Protection Act 2018, per the Evening Standard.

After a two year long legal battle, which was slowed by the coronavirus pandemic, Meghan was granted a “summary judgement” in February 2021 which meant she was able to have part of the case resolved without a trial, as NBC reports.

The judge presiding over the case, Mr. Justice Warby ruled that in publishing the letter the Mail on Sunday had been, "manifestly excessive and hence unlawful" and were ordered to pay 90% of the Duchess’ legal costs, beginning with an interim payment of £450,000, per ITV News.

In March 2021, he rejected Associated Newspapers’ request to appeal the judgement, per Belfast Telegraph.

The same month, it was ruled that the Mail on Sunday should publish a statement on their front page regarding Meghan’s victory that in the words of her legal team would “act as a deterrent to future infringers.”

Then in May, Meghan won the remaining part of the copyright claim against the Mail on Sunday after having proved that the letter to her father was all her own original work and that she owned it.

However, in June the High Court allowed Associated Newspapers to appeal Warby’s decision. It did so on the grounds that there was significant public interest in the case, as the publication noted in a statement given to the Times at the time: “We are pleased with the Court of Appeal's decision to grant us permission to appeal against the summary judgments handed down by the High Court, and its recognition of the exceptional public interest in the issues raised by the case.”

A three-day hearing followed in November, where the Mail On Sunday presented new evidence challenging Markle’s invasion of privacy claims.

What Was The Outcome Of The Mail On Sunday’s Appeal?

During the three-day court hearing, beginning Nov. 9, the lawyer for Associated Newspapers presented new evidence based on a statement from Jason Knauf, former communications secretary to the Duke and Duchess of Sussex, suggesting the letter had been “drafted with the understanding that it could be leaked.”

The Mail On Sunday also argued that the duchess had given authors of Harry and Meghan biography Finding Freedom information about the handwritten letter. As the BBC reported at the time, during the appeal it was revealed that the Duchess had instructed Knauf, then her aide, to give background information to the authors.

In the same hearing, Markle apologised for not remembering “exchanges at the time” also stating “I had absolutely no wish or intention to mislead the defendant or the court."

The hearing ended on Nov. 11 and, on Dec. 2, it was revealed that the court’s original decision has been upheld, marking another victory for Markle and her team. The Court of Appeal rejected the attempt from Associated Newspapers to have a trial granted to take the issue further. The judges — Sir Geoffrey Vos, Dame Victoria Sharp, and Lord Justice Bean— stood by the original decision that stated the publication of a large proportion of Markle’s letter in the Mail On Sunday had been unlawful and a breach of privacy.

Speaking about the decision, Sir Geoffrey, Master of Rolls, explained: “It was hard to see what evidence could have been adduced at trial that would have altered the situation.

“The judge had been in as good a position as any trial judge to look at the article in People magazine, the letter, and the Mail on Sunday articles to decide if publication of the contents of the Letter was appropriate to rebut the allegations made against Mr Markle.”

Shortly after the decision was made, Meghan released a statement, which began:

“This is a victory not just for me, but for anyone who has ever felt scared to stand up for what’s right.”

She later added: “In the nearly three years since this began, I have been patient in the face of deception, intimidation and calculated attacks. Today, the courts ruled in my favour - again - cementing that the Mail on Sunday, owned by Lord Jonathan Rothermere, has broken the law.”

By Dec. 26, the Mail On Sunday published its court-ordered apology on its front page stating “financial remedies have been agreed.”

Why Did Meghan Apologise During The Hearing?

The Mail on Sunday was given permission to rely on Finding Freedom, a biography of Meghan and Harry, in its legal defence back in September 2020. As the Guardian reports, the newspaper argued that Meghan had given its authors Carolyn Durant and Omid Scobie information about the handwritten later.

However, per the publication, at the time Meghan’s lawyers said that accusations that she had “collaborated” with the authors was a “conspiracy theory.” However, as the BBC reports, during the appeal it was revealed that the Duchess had instructed Knauf, then her aide, to give background information to the authors.

As a result, she gave a written statement to the court apologising for making a misleading statement. Per CNN the statement read: "I accept that Mr Knauf did provide some information to the authors for the book and that he did so with my knowledge, for a meeting that he planned for with the authors in his capacity as communications secretary. The extent of the information he shared is unknown to me."

It continued: "When I approved the passage... I did not have the benefit of seeing these emails and I apologize to the court for the fact that I had not remembered these exchanges at the time. I had absolutely no wish or intention to mislead the defendant or the court."

What Was Said In The Mail On Sunday’s Apology?

The statement read: “Following a hearing on 19-20 January 2021, and a further hearing on 5 May 2021, the Court has given judgment for The Duchess of Sussex on her claim for copyright infringement.

“The Court found that Associated Newspapers infringed her copyright by publishing extracts of her handwritten letter to her father in The Mail on Sunday and in Mail Online.

Financial remedies have been agreed.”

How Much Was The Mail On Sunday Ordered To Pay Meghan?

Following Markle’s victory, The Mail On Sunday will pay the Duchess of Sussex just £1 in damages. As the Guardian reported, on Jan. 5, 2022, the nominal fee formally confirms that the newspaper has “accepted defeat” and won’t pursue an appeal to a supreme court.

According to media lawyer, Mark Stevens, via The Guardian, the £1 fee, shows there was a “weakness” in Markle’s privacy case.

“Normally for that kind of invasion of privacy you would expect £75,000 to £125,000. It does show that the curation of her reputation was an area where she had effectively invaded her own privacy,” he stated.

However, The Mail On Sunday has also agreed to pay a “substantial sum” for infringing Meghan’s copyright by publishing the letter and has been ordered to pay Markle’s legal costs. This amount remains confidential, however, various reports speculate the cost of these damages could be more than £1m.