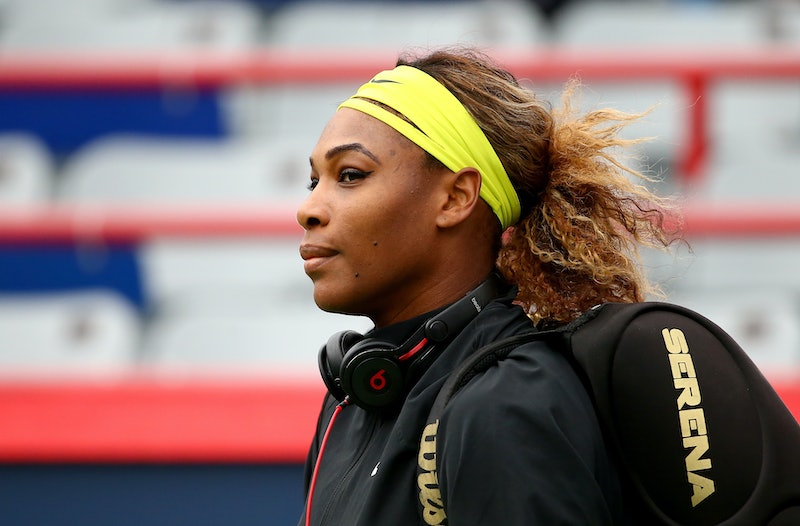 July 31 is Black Women's Equal Pay Day, a day that focuses on the racialized wage disparity that black women face in the United States of America. It is seen as an opportunity to discuss the many obstacles in the way of black women, who are paid less than both white men and white women. To shed light on her own personal experience of it, tennis legend Serena Williams wrote a Black Women's Equal Pay Day essay for Fortune, touching on the constant and aggravating hindrances she faced as a black woman while rising to the top.

One of the quotes in Williams' essay focused on how deeply pervasive the racialized wage gap is for black women in the United States. No matter how advanced their educational degrees are, black women face a structural disadvantage as workers. It isn't just in certain work places, Williams noted, but also in purportedly progressive industries.

She made a crucial point when she added:

This is as true in inner cities as it is in Silicon Valley.

Williams' essay is about the reality that black women face every day — to put the gap into terms of time, a black woman will have to work around 19 months in order to have the same wage compensation as her white and non-Hispanic male peer would in only 12 months.

The tennis star wrote about of the "systematic oppression" that subjugated black women in the United States and how "unfair pay" has plagued the country for too long "without consequence."

Through decades of systematic oppression, black women have been conditioned to think they are less than.

For equal pay to become reality for black women, Williams said that all men and women of all races would have to practice "action, legislation, employer recognition, and courage ... to demand more." She noted that the battle for equal pay for black women will be a long and hard one but that it is achievable.

The essay also highlighted several findings from SurveyMonkey on the issue of pay gap in the United States. In spite of the racialized wage disparity, one of the findings pointed to optimism among black millennial women, who believed opportunities of promotion would open up for them.

The heartfelt essay ended on a note of hope and conviction. Williams brought attention to her own personal struggles, including how she had been told that her gender and race would inhibit her from becoming successful. But discouragement didn't take her off of her path to glory.

I've long said, "You have to believe in yourself when no one else does." Let's get back those 37 cents.