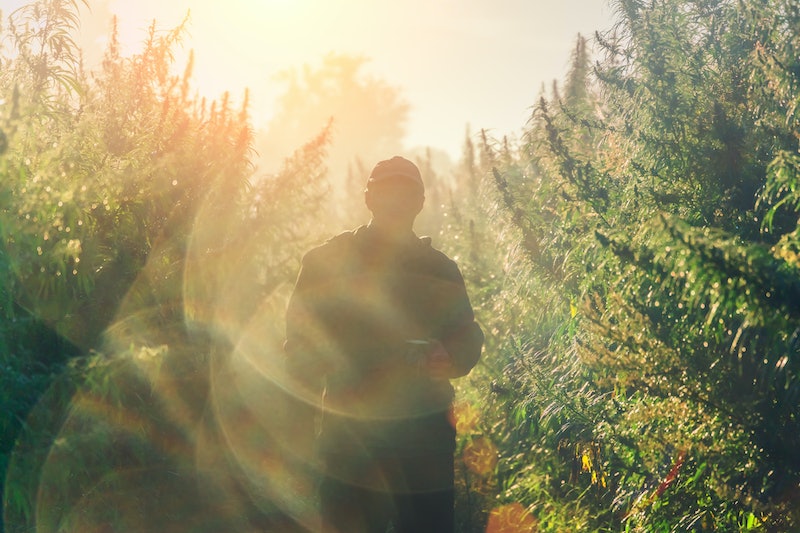 There’s never been a better time to enter the cannabis industry. CBD (cannabidiol), the cannabis compound that promises the relaxation of marijuana without the high, will be a $22 billion industry by 2022, according to the market research firm Brightfield Group. Cannabis products are everywhere, and last year President Donald Trump signed legislation that made hemp, the form of cannabis that most companies source their CBD from, federally legal. Business is booming.

Chanda Macias, the CEO of National Holistic Healing Center, a cannabis company based in Washington, D.C., says she and countless other women are creating “unique products that address voids” in the CBD market. According to Macias, who is also the CEO of Women Grow, an organization focused on women leadership in the cannabis industry, the CBD boom has given investors an incentive to pour money into cannabis companies.

But she says the growth has come at a cost: People of color and women are severely underrepresented in the industry.

Statistics on who owns and leads CBD and other cannabis companies are not easy to obtain, because it’s still a fairly new industry. The data that is available shows stark inequality in terms of who is profiting off the boom, however. According to 2017 research from Marijuana Business Daily, women made up 27 percent of people who launched or have an ownership role in a cannabis business, while racial minorities made up just 19 percent.

A March report from The Chicago Tribune echoed those findings on a more local level. In Illinois, where medical marijuana and CBD containing less than 0.3 percent THC (the psychoactive compound found in cannabis) are legal, the majority of cannabis businesses are “overwhelmingly male and mostly white,” the Tribune found.

“Equity and equality should also be extended to minorities in cannabis as well,” Macias tells Bustle. “People of color need a fair and just opportunity to enter this industry.”

In a society that has historically punished people of color for cannabis possession at disproportionate rates, stories about cannabis businesses must be contrasted with what we know about who faces prison time. According to the Drug Policy Alliance, 61 percent of women in federal prison are there for nonviolent drug offenses. The ACLU notes that Black people are nearly four times more likely than white people to be arrested for cannabis possession.

“It is unacceptable that people continue to face arrest and remain behind bars for the very medicine that is helping many people,” Macias tells Bustle. “Not just our government, but our industry as a whole, must do better on this.”

Shabnam Malek and Amanda Conley, partners at law firm Brand & Branch LLP and co-founders of the National Cannabis Bar Association (NCBA), say some cities, including San Francisco and Denver, are trying to level the playing field by helping marginalized people start CBD and other cannabis businesses or by tackling the criminal justice system itself.

“In recognition of this real problem — basically, rich white men profiting off of a thing that’s gotten lots of black men thrown in jail — there are programs in various states where lawyers and non-lawyers alike are helping get expungements of prior convictions,” Conley says.

As CBD and other cannabis products become more widely available and the landscape of legality shifts, it makes sense that people will seize on opportunities to profit. But as the industry evolves, it’s important to pay attention to who is reaping the benefits and who isn’t getting to share in its success. It might feel like progress, but any progress that doesn’t extend to marginalized groups is still pretty backward.