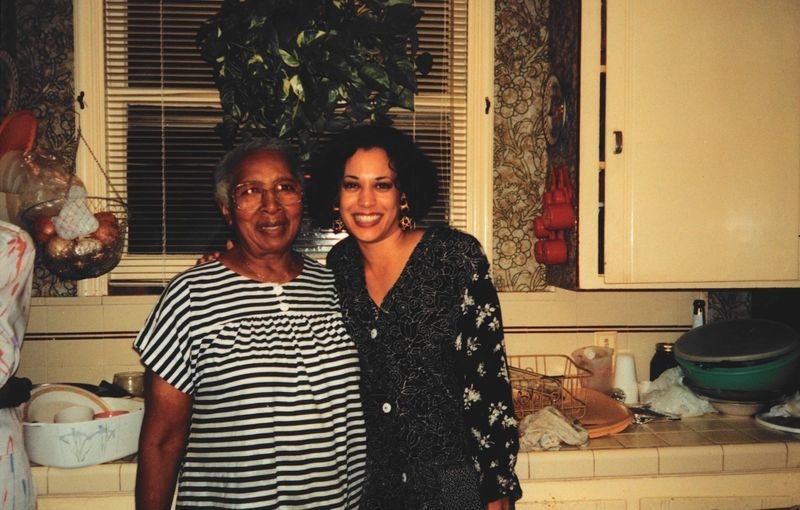 When I was a young girl, I once spent an afternoon making lemon bars. I found a recipe in one of my mother’s cookbooks and set about beating the eggs, mixing the ingredients, and greasing the pan. The lemon bars turned out beautifully, and I was excited to show them off. So I put them on a plate, covered them with Saran Wrap, and walked two doors down to our neighbor, Mrs. Shelton, who was drinking tea and laughing with her sister and my mother. I proudly showed off my creation, and Mrs. Shelton took a big bite.

The only problem? I hadn’t tasted them myself. And as it turned out, I had used salt instead of sugar.

“Mmmm, honey,” Mrs. Shelton responded in her graceful Southern accent, her lips slightly puckered from the taste. “That’s delicious! Maybe a little too much salt … but really delicious.”

That was Mrs. Regina Shelton for you — thoughtful, generous, and as sweet as those lemon bars were supposed to have been.

She was a warm and eloquent woman, originally from Louisiana. She and her husband, Arthur, owned and ran a nursery school — first in the basement of their home, and later on the floor downstairs from our apartment. When our mother worked late, it was Mrs. Shelton’s home where my sister, Maya, and I would go after school. We just called it “going to the house.” That house was like an extension of our own household, and Mrs. Shelton became a second mother to us.

Mrs. Shelton showered us with her Southern grace and hospitality, not to mention her delicious pound cake and flaky biscuits. We grew incredibly close to her children. As kids, we’d pretend that we were all going to marry the Jackson 5 — I wanted to be with Tito. (Love you, Tito!)

She was one of the smartest people I’ve ever known, and she lived by the belief that you always lend a hand to those in need. The Sheltons devoted themselves to ensuring that neighborhood kids got off to the best possible start in life.

Their day care center was small but welcoming, with posters of leaders like Frederick Douglass, Sojourner Truth, and Harriet Tubman on the wall. At Mrs. Shelton’s, the first George Washington I learned about was George Washington Carver. We still laugh about the first time Maya heard a classroom teacher talk about President George Washington and she said proudly, “I know him! He’s the one who worked with peanuts!”

Even as we grew older and moved away, Mrs. Shelton remained an enduring and encouraging presence in my life.

On Sundays, we’d pile into the back of Mrs. Shelton’s station wagon along with other kids, on the way to the 23rd Avenue Church of God. When we got restless sitting in the pews, Mrs. Shelton would dig into her purse for hard candies to calm us down.

Mrs. Shelton would bring her Bible to church every Sunday. Sitting alongside her, I was introduced to the teachings of that Bible. My earliest memories were of a loving God, a God who asked us to “speak up for those who cannot speak for themselves” and to “defend the rights of the poor and needy.” This is where I learned that “faith” is a verb, something we must live and demonstrate through our actions.

Even as we grew older and moved away, Mrs. Shelton remained an enduring and encouraging presence in my life. When I started working in the Alameda County District Attorney’s Office, it was Mrs. Shelton’s kitchen that I’d return to when I wanted a Southern home-cooked meal and a welcoming hug. When I faced off against big bankers who didn’t seem to appreciate the character and values of struggling homeowners, I thought of the Sheltons' front yard, so lovingly fertilized and watered and cared for.

And when I took the oath of office to be attorney general of California, and later, a United States senator, it was on Mrs. Shelton’s Bible that I laid my hand and swore to support and defend the Constitution of the United States. In office and into the fight, I carry Mrs. Shelton with me always.

Bustle's "Without This Woman" is a series of essays honoring the women who change — and challenge — us every day. This Black History Month, we're celebrating Black joy and the women who have helped us find it.

Without This Woman, I Wouldn’t Know The Power Of Female Friendship