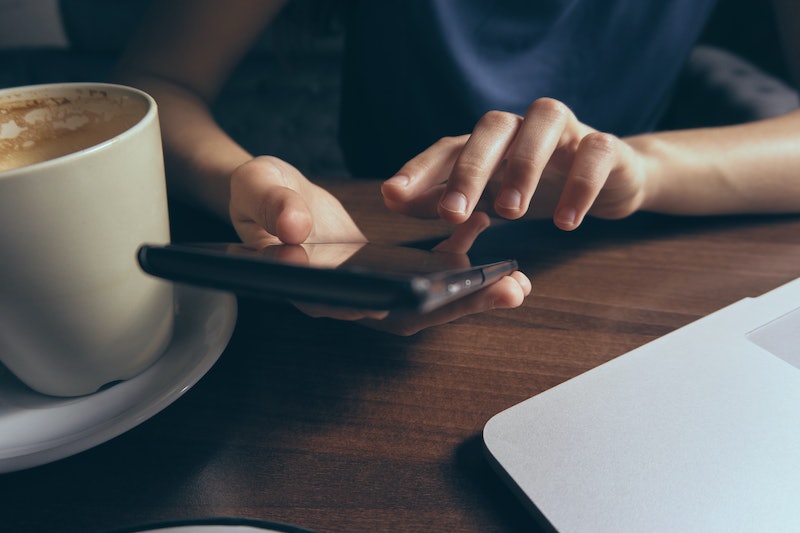 To say that social media has changed the way we live our lives is a massive understatement. A decade ago there was no such thing as an Instagram influencer, people sat down to eat without snapping and tagging their food, and for a dress to go viral it’d have to appear in all of the high fashion magazines. There’s definitely bonuses to the new, interconnected world, however a recent study found that while it may be easier to stay in touch with people online nearly one in ten people have ended a friendship over social media content. When it comes to your instagram grid, it appears there’s rules and breaking them can lead to really serious consequences in your real life relationships.

Posting your best life online is basically the norm now. If you’re wearing a cute outfit, seeing a friend, or eating a particularly tasty, aesthetically pleasing meal, the urge to document it on the 'gram is almost too much. Your social media should work for you and you shouldn’t feel pressured to do anything. However, research conducted by influencer marketing community influence.co found that disrespecting your friends' social media boundaries could cause serious damage. Of the 1000 people they spoke to, 64.3 percent said that they thought someone taking a picture of them and posting it without their consent was completely inappropriate.

Forty-eight percent of people said tagging a picture of someone without their permission is bad behaviour and 47.8 percent said asking for financial donations on social media shouldn't be the done thing. Nearly one in ten people went so far as to say that they have ended a friendship over social media content posted without their consent. It looks like it’s always better to ask before hitting post.

When it comes to playing by the rules online, it wasn’t just selfies that had a strict code of conduct. People in their 20s said it was acceptable to use social media for three minutes while eating out with a friend, a longer period of time than any other age group. Meanwhile, 26.5 percent of respondents admitted to asking someone to delay eating their meal so they could get a perfect picture. It may be a sign of the times and the fact that millennials have basically grown up with social media but they’re more likely to think it’s appropriate to use social media at weddings, religious services, dinners, the cinema, checkout lines, and at work.

Millennials and women were found to have more of an online presence. However, men are more likely to think that checking and using social media in every situation is appropriate, be that at a funeral or at red lights.

Social media has meant that you can build online communities, share work portfolios far and wide, and bond with the friends you see off screen. However, losing friendships over posting content without people's permission seems like such a shame. The solution appears pretty simple: always ask before you post.