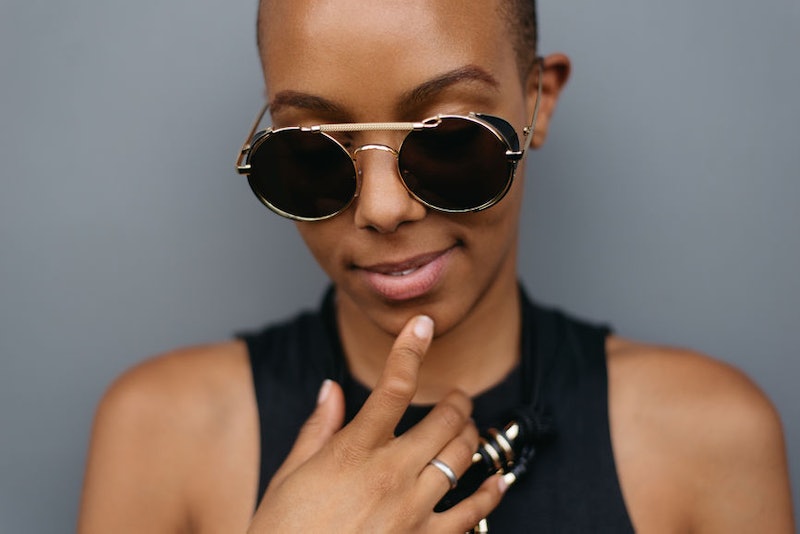 Whether you’re a sporadic tweeter or an Instagram influencer, social media has become part of most people's everyday lives and it’s pretty hard to avoid it. While it’s amazing for keeping up to date with what’s going on in the world, staying in touch with long distance friends, and getting food inspiration, there’s a well documented darker side to social media and its impact on mental health. According to a new study, social media could be making people feel less confident about their smiles.

A recent study conducted by clear aligner brand Smile Direct Club found that only one in four Brits feel confident about their smiles, with over half of respondents admitting they tackle this by smiling with their mouths closed. Twenty-five percent of the 2,000 people they surveyed said they felt social media has affected their confidence. This rose to 73 percent among 18-34s and 48 percent among Londoners.

The same group of 18-34’s most likely to be self conscious about their smiles with 38 percent saying they felt uncomfortable flashing their pearly whites. Considering smiling is a natural reaction to being happy it’s sad that social media could be playing a part in making people self-conscious about theirs.

A 2018 study conducted by associate professor of psychology at Toronto's York University, Jennifer Mills, looked into the effects social media has on self-perceived body image. After studying 118 students aged between 18 and 27, Mills told Medical News Today that the results showed participants “felt worse about their own appearance after looking at social media pages of someone that they perceived to be more attractive than them.” She continued:

“Even if they felt bad about themselves before they came into the study, on average, they still felt worse after completing the task."

The respondents in the Smile Direct Club study rated themselves just a six out of ten for confidence on average. Jasmine Fardouly, a postdoctoral researcher at Macquarie University in Sydney, Australia said she thinks comparison could have a part to play in affecting social media users' self-esteem. She told the BBC, “People are comparing their appearance to people in Instagram images, or whatever platform they're on, and they often judge themselves to be worse off.” They say comparison is the thief of joy and, be it a smile, a job, or a wardrobe, it’s pretty easy to sit and compare yourself to others online.

It may be hard not to look at others social media users and feel a little envious or self-conscious. But there are also so many amazing accounts out there worth following which could help boost your confidence rather than drain it. Checking in with yourself as to how a certain account makes you feel and whether, in the words of Marie Kondo, it sparks joy, is a great way to keep your social media use positive. Eighty-seven percent of Brits surveyed in the Smile Direct Club study said that smiling has the power to instantly make them feel better. And if that isn’t a good enough reason to flash a toothy grin, I don't know what is.

More like this
Here’s What TikTok's "Mascara” Trend Is *Really* About
By El Hunt
Pret & Costa’s Coffee Is The Strongest On The High Street, According To Which?
By Sam Ramsden
Ben & Jerry’s New Sundae Flavours Are A Chocoholic’s Dream
By Sophie McEvoy
Twitter Has *A Lot* To Say About The "Single Penalty”
By Sam Ramsden
Get The Very Best Of Bustle/UK
Sign up for Bustle UK's twice-weekly newsletter, featuring the latest must-watch TV, moving personal stories, and expert advice on the hottest viral buys.