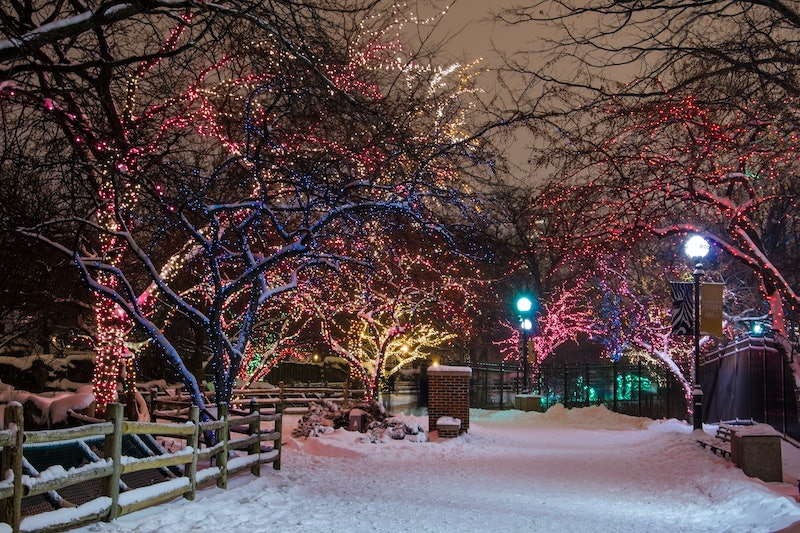 If you're not typically the kind of traveler who indulges in peak holiday season travel, you might want to consider challenging yourself to a budget vacation during the busiest time of the year in 2019. You can find some seriously cheap hotel deals during the December holidays this year by using the Google Travel trends tool, which does all of the budget data sorting for you. Pulling in data from hotels, airlines and tourism agencies, Google Travel offers users a clear breakdown of when the best time to fly is, what cities have the best deals, what hotels offer the most savings and more. This collection of easy-to-view data makes holiday travel planning as easy as two clicks, and you never have to leave the page to cross reference the data with other travel websites, because Google's already done that for you.

In other words: Yes really, you can plan a whole trip with one tab open.

And while you might have had your heart set on a Christmas in the Caribbean, Google may have a much better deal for your bank account that happens to include a destination in a surprising place that might not have ever thought to even put on your bucket list. If you're flexible and down to follow the savings, Google's travel trend tool is an excellent resource, especially during the busy travel season when many travelers are so turned off by high flight and hotel prices that they don't even bother trying to plan a trip. After checking out these epic hotel deals across the globe from Google Travel trends, I think you'll want to reconsider spending the holidays at home this year.

Head to the costal capital city of Portugal and stay in a chic hotel for rates as low as $88 a night. Google travel recommends Jupiter Lisboa Hotel, a four star modern hotel with tons of amenities. Within a short distance you'll find castles, museums and lots of great shopping, and of course the sea.

Why not head to Canada? Calgary is the providence of Alberta's largest city, and while it's über metropolitan, there's the gorgeous giant Bow River that flows through it and tons of grassy and mountainous areas nearby. During the December holiday season you can find a room for only $109 right downtown. Google Travel trends recommends The Westin Calgary which is only a few blocks from the Bow River, downtown, and right near major museums, galleries, and retailers.

Madison, Wisconsin might not be the waterfront vacation you knew you needed, but it might be the one you soon realize you do. For only $131 a night, you can stay at The Edgewater hotel which is of course right on the Lake Mendota. It's a classy '20s hotel with the most stunning views of the lake, giving you epic photo opportunities for your holiday card backdrop.

Heading to Japan is a lot less overwhelming financially when you have an affordable hotel to stay in. For $111, you can stay at Warmth of Karuizawa Pension Sato, a three star hotel in a residential neighborhood. The Karuizawa New Art Museum is only 11 minutes away by foot and there are lots of great shops in walking distance too, plus a metro so that you can get around easily.

Chicago might be cold in December, but it's festive enough to make up for the chill. Though you might assume this metropolitan hotspot doesn't offer great deals during this time of year, Google Travel trends found an incredible four star hotel that only charges around $138 per night during the peak holiday season. It's called Hotel EMC2, Autograph Collection and it's incredibly colorful, totally holiday-friendly, and right in the middle of a very fun and very popular area of Chicago, the Magnificent Mile.

Kyoto is a big tourist destination that's often expensive to stay in. Google trends managed to find a deal at a totally stunning and futuristic hotel during the holidays for only $145 a night. Google Travel trends recommends the Village Kyoto, a four star hotel that's so neat and tidy you'll feel like you're at a spa. Oh, there's a spa, too.

If you're down for the long flight, there's a great deal waiting for your in Melbourne. For only $117 a night, you can stay at the five star harbor-side hotel, Peppers Docklands, and enjoy fine dining and bars without ever leaving. But you will want to leave, because you'll be in the heart of the city and there's so much to do and see. Plus it's summer there, so you'll want to soak up that vitamin D while you can.

Bali is probably on your bucket list, so now's the time to cross it off. With rooms for only $79 a night, I don't really need to twist your arm. Google Travel trends recommends Mercure Bali Legian, a four star hotel that's only a 15 minute walk from the turquoise beaches. It's in southern Bali and it's near the airport so it's easy to get to and there's a lot near the hotel as far as amenities.

European vacation, yes please. Madrid is extra festive during the holiday season, but if you need another reason to travel there this year, let it be that you can stay in a nice hotel for only $78 a night. Google Travel trends recommends NYX Madrid. It's a four star hotel in Tetuán, with heaps of shopping, eating and nightlife nearby. It's also near public transportation so if you want to hop around, you can do that, too. The hotel has stunning pools and chic rooms and lots of modern touches.

Looking for a classy metropolitan winter break destination that's not nearly as chaotic as New York? Head to Philly, where you can stay at the very fancy Le Méridien Philadelphia for only $132 a night. The hotel is in Logan Square, near museums, shopping, nightlife and great restaurants. It's also near the LOVE sculpture in Love Park, if that Instagram picture has been on your bucket list, you can cross two things off at once.