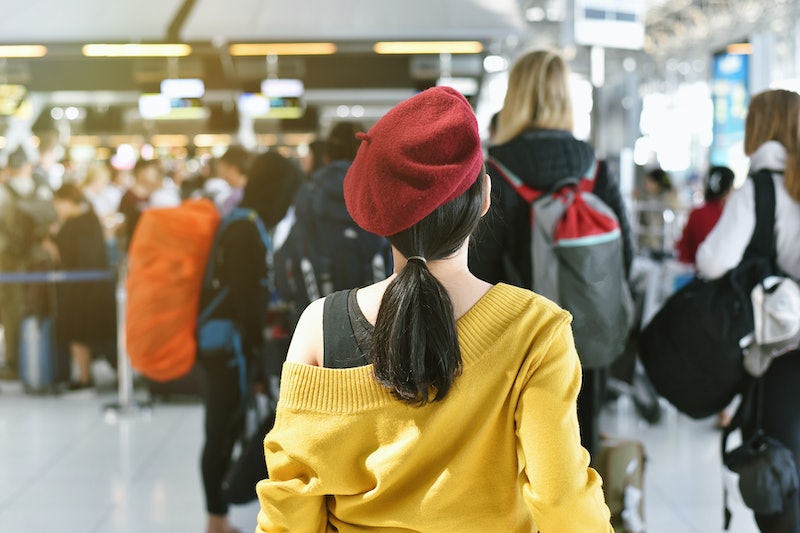 If you don't already have plans for Thanksgiving, now is the time to make them: the holiday is a great time to take advantage of some epic travel deals. Make sure that the top 10 cities with cheap Thanksgiving 2019 hotel deals are on your radar, because if you do decide to plan a vacation during turkey day, you should definitely do it by paying budget prices on travel hotspots.

Thankfully, it's not that difficult to find deals like this. Google Travel's trends tool has tons of resources that make planning budget trip on one of the busiest holidays of the year a totally doable situation.

If you're flexible and your wanderlust is happy to go where the best savings are, you can use Google's travel data to steer you in most budget-friendly direction. In August, the site released a tool that allows you to track the most popular destinations and the best deals for a number of holidays no matter where in the world you are, and that includes for Thanksgiving. These are the top 10 cities on the list offering the cheapest hotel deals, but you can head over to the travel trends tool yourself to check out more options.

Savings range from 13 to 35 percent, which can totally spell the difference between a trip that you can afford and a trip that's going to set you back too far. If you're itching for a trip to be grateful for, these are the cities you're going to find the best deals during Thanksgiving 2019:

Head to the historic, romantic city and grab a room for as low as $104. According to Google, hotel savings in the eternal city reach a whopping 35 percent — more than enough to free up finances so that you can actually get out an enjoy the city while you're there. Google Travel recommends Ergife Palace Hotel, a four-star establishment only a short walk from a bus stop that will take you to St. Peter's Basilica the famous ceilings at the Sistine Chapel.

Feeling lucky? Have yourself a non-traditional Thanksgiving in Las Vegas, Nevada. Rooms are available for $121 a night, and you have a chance to saving a maximum of 34 percent if you book a hotel offering a good deal — like the Sahara Las Vegas, which Google recommends as an option for anyone looking to book a trip to sin city.

During Thanksgiving, you can score a swanky hotel room for only $150 a night in Dublin, and save a maximum of 28 percent. More than enough to make you can feel extra good about hitting up all of the local Irish folk music venues, I think. Google travel recommends Clayton Hotel Charlemont, a modern four-star hotel in a historic neighborhood. In Saint Kevin's you'll find tons of nightlife, good food, good music, and lovely parks to stroll through.

Head to Porto, the coastal city in northwest Portugal, famous for its port wine — and of course have all the wine. You can get yourself a room during Thanksgiving break for only $87, a 27 percent discount that's worth taking advantage of ASAP. Google Travel recommends Eurostars Das Artes Hotel, a chic, no frills business-like four star hotel, locating in the city's arts and vintage clothing district.

Head to Barcelona and enjoy delicious local food, historic sights, a world-class arts scene, and posh hotels for only $142 a night. That's a 25 percent saving and it's going to go a long way. Google Travel recommends Hotel Barcelona 1882, a hotel so beautiful you'll have to force yourself to get out and see the city. The hotel has two bars, a rooftop pool, and interior design game destined for Instagram.

Japan is a big trip, but when you get a hotel room for only $201, a 24 percent saving, it starts to look a little less overwhelming. Google Travel recommends you'll find a good deal at Hotel East 21 Tokyo, a four star massive hotel with all of the amenities you can dream of. From a massive pool, to a fitness center, to a spa and a free Tokyo Disney resort shuttle, you're not going to feel like you're on a budget vacation at all.

Head to the stunning, vibrant, historic, romantic capital of Spain and get yourself a room for only $162 a night. That's a 18 percent savings and you'll find that the hotels are worth every penny. Google Travel recommends Hotel Puerta America Madrid, a five-star hotel that's honestly an attraction all of its own. Chic, futuristic, artful, conceptual, luxurious, you'll have to drag yourself out of this hotel to explore the rest of the city.

Head to the magical Indonesian island and grab a room for only $73, a 14 percent savings that will still make a big difference. Explore temples, volcanos, Indonesian culture, and some epic beach time. Google travel recommends the Prama Sanur Beach Hotel Bali, a five-star hotel that you can book for only $56 a night during Thanksgiving. It's a beachside hotel with all of the amenities that you can dream of.

You might think that New York City is going to price you out during this holiday season, but with rooms as low as $318, a 14 percent discount that will help offset other expenses. Visit museums, enjoy the fall foliage in the parks, explore the boroughs by bike or by foot, and get all of your holiday shopping done early. Google Travel recommends the Dream Downtown, for only $213 a night. This chic four-star hotel has epic views, dining, bars, cozy rooms and is located in one of the most exciting parts of the city.

The Maldives is easily one of the most desirable vacation spots in the world, but it's also an expensive one that you might not have considered to be affordable, especially during the holiday season. But at only $92 per night a hotels in Malé, the capital, a 13 percent discount, it's doable. Google travel recommends Hathaa Beach Maldives, a three star hotel that has oceanic views, only steps away from crystal clear waters. At only $64 a night during Thanksgiving, it's quite a deal.

More like this
Expert-Approved Hacks For Packing A Carry On
By Jessica Goodman
Where Was 'The Bachelorette' Season 19 Filmed? More European Destinations Are On The Way
By Radhika Menon
22 Movies On Netflix That Are Perfect For The Whole Family
By Bustle Editors
The 8 Best Chew Bones For Puppies, According To A Vet
By Andrea Hannah
Get Even More From Bustle — Sign Up For The Newsletter