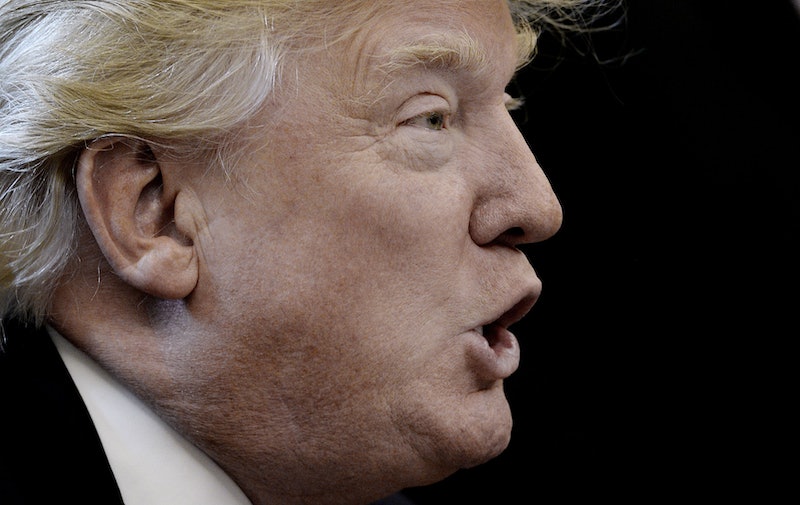 During the 2016 election, Donald Trump promised voters he'd make the best deals. On Friday, however, President Trump failed to negotiate a deal over legislation aimed at repealing and replacing Obamacare. As a result, senior House Republican leaders were forced to withdraw their American Health Care Act from consideration in the House of Representatives after it became clear the bill lacked the support needed to pass. Since then, Trump's boasting and subsequent failure to rally Republicans behind the AHCA has led him – and many of his tweets about "the art" of making a deal – to become the butt of many a joke. Indeed, many of Trump's early tweets about dealmaking seem particularly ironic in light of the AHCA's withdrawal.

Many considered the GOP plan to repeal and replace Obamacare to be Trump's first major test at dealmaking in Washington. Yet despite reportedly being called "the ultimate closer" by members of House Speaker Paul Ryan's staff, Trump failed to unite conservative and moderate Republicans around the AHCA. As a result, some are wondering if Trump is really the negotiator in chief he claimed to be.

Here are 10 tweets from Trump that feel a little too ironic in the wake of his failure to strike a deal regarding House Republicans' health care plan:

While Trump may have advised readers of his BLANK book The Art of the Deal to "never ever quit, never give up" when negotiating, he gave up on hammering out a deal that would see the House of Representatives pass the AHCA.

People Will Eventually Catch On

Although President Trump claimed his plan to repeal and replace Obamacare would include "insurance for everybody," the Congressional Budget Office estimated the AHCA would leave 24 million Americans without insurance over the course of 10 years. People eventually caught on and began flooding members of Congress with calls urging them to reject the bill.

When negotiations seemed to be faltering, Trump reportedly threatened Congressional Republicans who continued to oppose the AHCA with political revenge, breaking his number one tip for negotiating – don't appear desperate to make the deal.

Read The Art Of The Deal & Focus On A New Career

The Golden Rule Of Negotiating

Trump may have the gold, but the withdrawal of the AHCA from consideration in the House was proof the people hold considerable power when it comes to making the rules.

Leadership Is The Key

Lucky for us, Trump has frequently used his official Twitter account to share some of his key insights into negotiation. In this tweet from 2013, he cited leadership as the key to accomplishing any job. Unfortunately for Trump, his leadership wasn't enough to see Obamacare repealed and replaced with the AHCA.

Dealmakers Do Not Openly Celebrate A Deal

Remember when Trump said, "healthcare is coming along great... [and] will end in a beautiful picture"? Or when he claimed there was "great progress on healthcare" and "Republicans [are] coming together"? And then the health care bill he was referring to totally bombed among Republican members of the House. Yeah.

Deals Are My Art Form

To Trump's credit, art can be hard and there's something to be said about a person who enjoys the work they've chosen.

Only One Knows The Art Of The Deal

While campaigning for the presidency in 2015, Trump touted his dealmaking ability as one of the reasons he'd "make America great again."

"We will save $'s and have much better healthcare," Trump promised voters in a tweet published early last year. So far, they're still waiting.

Perhaps there's more to being a great dealmaker than authoring a book titled, The Art of the Deal?