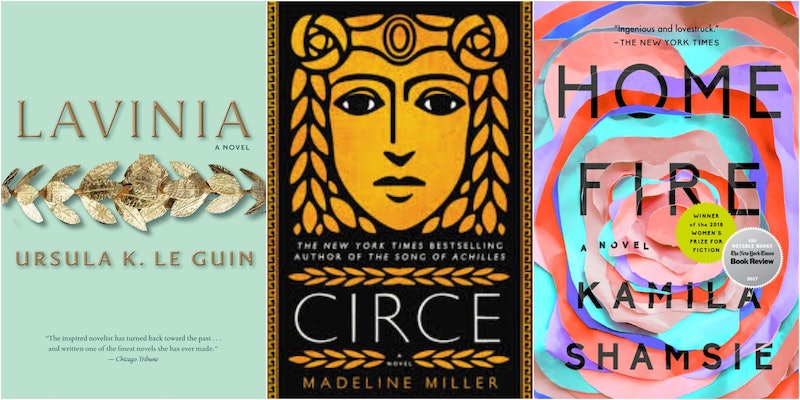 Ever since I saw Disney's Hercules at the young and impressionable age of seven, I have been obsessed with Greek mythology, both the original stories and the many book, movie, and television adaptations. That's just one of the reasons why 2018 has been such an excellent reading year, because of novels like Madeline Miller's Circe and Pat Barker's The Silence of the Girls that took the classic tales and turned them into something new. If you just can't get enough of feminist Greek myth retellings like these, don't worry, there are plenty more novels out there that fit the bill.

Growing up, one of my favorite books to read before bed was Edith Hamilton's Mythology: Timeless Tales of Gods and Heroes. Night after night, I poured over the tales of the Titans, the love story of Orpheus and Eurydice, the adventures of heroes like Hercules and Perseus. After reading and rereading the original myths, I gravitated towards retellings, and do you know what I found out? There are so many exciting new ways to tell the same old story, especially if you tell it using the voice of a woman who hasn't yet been heard.

From female-driven narratives about the Trojan War to women-focused adaptations of Jason and the Argonauts, here are 11 feminist Greek myth retellings. If you liked Circe, you will love these.