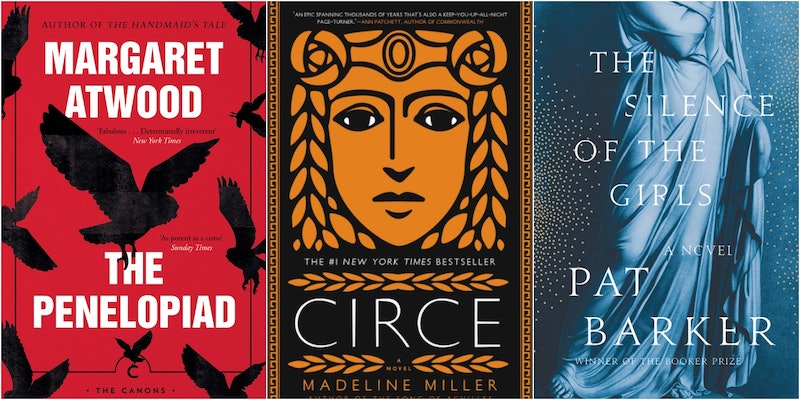 Whether it was in high school English class, a college history lecture, or while watching The Simpsons, you have learned about or at least heard of the ancient Greek author Homer and his two epic poems, the Odyssey and the Iliad. Perhaps you slogged through his centuries-old work begrudgingly, but if, like me, you loved reading about vengeful gods, deadly love affairs, and bloody battles, then you'll be delighted to know there are several fiction books inspired by Homer’s stories.

Set during the Trojan War, the Iliad tells the story of the 10-year siege of Troy and the battle between King Agamemnon and the doomed warrior Achilles. The Odyssey follows Odysseus, the king of Ithaca, on his journey home after the war and the fall of Troy. Considered to be two of the most important works of ancient Greek literature, these poems have been translated, studied, and analyzed for centuries. They have also been adapted into many, many other forms, from the comedy O Brother, Where Art Thou? to the space opera Jupiter Ascending and beyond. In the literary world, there are plenty of books that draw inspiration from Homer’s epics, including some that retell, revamp, and rework his poems to go beyond the stories of warring cities and the men who rule them.

If you loved the Iliad and the Odyssey and want to revisit the ancient stories in brand new ways, then pick up one of these five novels inspired by Homer and his most famous works.