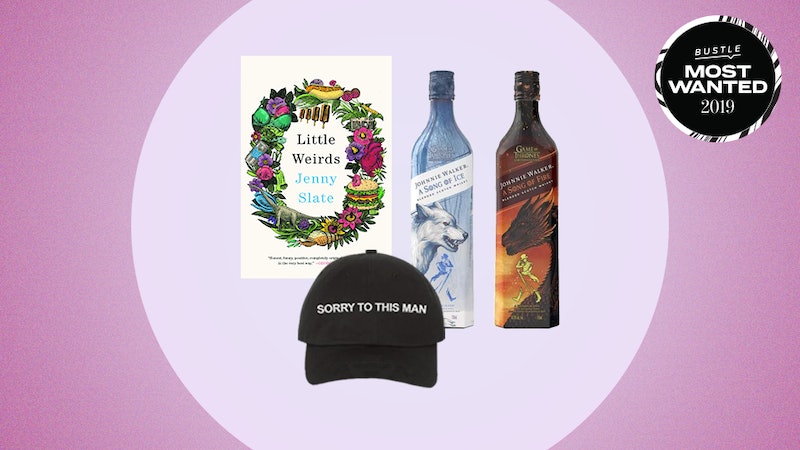 We all have that friend: the one who has read the latest buzzy book before you can even put your name down for it at the library. The one who has been listening to Lizzo since her debut album, Lizzobangers, or who was telling you that Love Island is better than The Bachelor long before the show was even available for streaming in the United States. She is a great friend to have, but a particularly difficult one to buy gifts for — especially pop culture gifts. What do you get not for the person who has everything, but for the person who knows about everything?

Thankfully, this list of holiday gift ideas for the ultimate entertainment enthusiast has got you covered. From gorgeous mid-century modern Star Wars prints, to a hat with a cheeky reference to a Keke Palmer meme, to a special edition of the Stranger Things soundtrack on vinyl, I've scoured the internet for unique gifts suitable for the most in-the-know people on your list this year. Below, a selection of pop culture gifts for the most discerning pop culture aficionado in your life who has seen and read just about everything.

Because being a Star Wars fan and decorating your apartment walls with sleek, mid-century modern art prints shouldn’t be mutually exclusive. This Etsy find is the perfect piece for people who can't get enough of the franchise.

For that friend who just took a DNA test… and now wants to wear a T-shirt confirming the news. A digital download of the deluxe edition of Lizzo’s acclaimed album Cuz I Love You is included with purchase.

Commemorate Louisa May Alcott’s classic work — and refresh yourself on the story ahead of Greta Gerwig’s movie adaptation coming this Christmas — with a special edition of Little Women featuring 200 original illustrations.

Stay hydrated while practicing your best Essex accent and patiently awaiting the next batch of Islanders’ stay at the villa (sadly, necklace microphones not included).

A meme, a rallying cry, and now, a hat. This one is for your always-online friend, who probably showed you the delightful meme of Keke Palmer’s now-iconic non-apology to all of mankind in the first place.

A must-buy for any franchise fan, whether they’re partial to the MCU, Star Wars, or the company’s animated classics. In addition to hosting a slew of existing classics, the streaming service debuts with the launch of new original Star Wars series The Mandalorian, and there’s plenty more original content in the works.

Proudly support your favorite (fictional) local business with a T-shirt as soft as your hands would probably feel after using one of Rose Apothecary’s fancy lotions.

Transform any space into a slightly ominous '80s nostalgia playground by spinning this technicolor-splattered vinyl copy of Kyle Dixon and Michael Stein’s soundtrack to Season 3 of Stranger Things.

Drink to that still-divisive series finale with two appropriately Game of Thrones-themed scotch whisky blends. It’s what Tormund would do.

The mind that made you fall in love with a tiny shell hang-gliding on a Dorito does similarly strange, albeit more grown-up work in this collection of essays, which touches on everything from haunted houses to “a vagina singing sad old songs.”

Check out more of our Bustle’s Most Wanted holiday gift guides here.