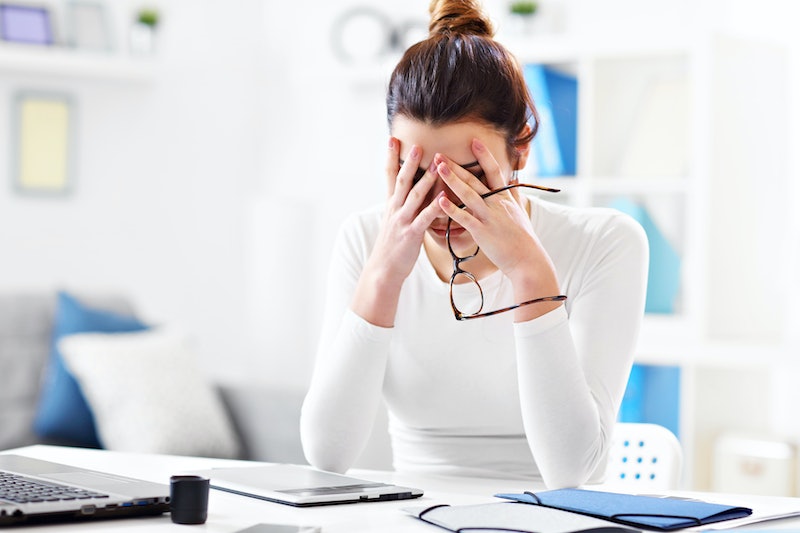 One of the sad facts of life is that getting older, unfortunately, comes with the possibility of declining health and many different diseases. One of the scariest is Alzheimer's disease, a common and severe form of dementia that results in memory loss, confusion, and decline in cognitive abilities. When many people think of Alzheimer's, they think of those later in life, assuming it's something only older people can go through. That's not the case: early onset Alzheimer's affects people under the age of 65. While it's not incredibly common, up the five percent of the more than five million Americans with Alzheimer's have early onset dementia. While many of the signs seem obvious — memory loss and confusion — there are also some unexpected signs of early onset dementia that everyone should know about.

Although there is no cure for Alzheimer's, catching it early can be helpful during treatments. Unfortunately, it's easy to miss the signs of early onset dementia, especially when it happens at a young age and you aren't looking for it. Younger-onset dementia can occur to people who are in their 30s, 40s, and 50s, and doctors still do not understand what causes the disease.

It's easy to dismiss symptoms like memory loss, general confusion, difficulty with directions, or losing things quite often as just someone being flighty or ditzy, which is even more true if they aren't happening all the time. But if someone is experiencing unexplained memory loss in any way, it's time to head to the doctor. There are some more symptoms you should also be aware of: