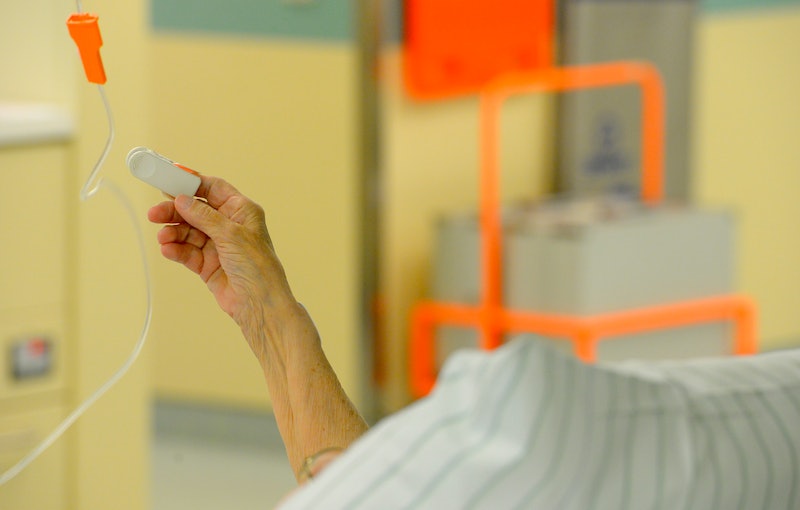 Chances are good that liver failure probably isn't something you think about too often. It might seem like liver disease is something that only happens to older people or those who abuse alcohol; not like something that's going to happen to you. Unfortunately, liver disease is more common than you'd think: recent research found that one in eight people in the United Kingdom could have a potentially serious form of liver disease, referred to as "a silent epidemic of fatty liver disease" by hepatologists. The silent form of liver disease can occur when someone is overweight, and is worrying to doctors because symptoms often don't occur until permanent damage has been done, making it harder to treat and cure. This can lead to cirrhosis, liver failure, and death. The numbers on this mean it's worth knowing the unexpected signs of liver failure, in case it affects you or someone close to you.

Your liver plays an incredibly important role in your body. Your liver basically acts as a filter for your blood, and it also stores energy, produces hormones, and makes compounds that allow your gut to digest food. Your liver also metabolizes fat, proteins, and carbohydrates, helps with blood clots, and is essential in producing bile. A healthy liver is necessary for living a healthy life, which is why you need a transplant if it stops working.

According to the American Liver Foundation, liver failure can also be caused by Hepatitis B and C, alcohol-related liver disease, non-alcoholic steatohepatitis, autoimmune Hepatitis, bile duct disease, and metabolic diseases like Hemochromatosis. Catching liver failure at the right time is crucial to treating someone, but unfortunately, catching it early is very tricky. Most symptoms do not begin to pop up until serious problems have already developed, making it harder to treat. Some early symptoms are so vague and common that it's nearly impossible to tell whether they're indicative of liver failure or something else entirely.

That certainly sounds really scary, and it kind of should. While you don't need to make yourself crazy looking out for liver failure, it's something you should definitely keep in mind, especially if you struggle with any of the common causes. Below are a few unexpected signs of liver failure you should know about to keep yourself as safe as possible.