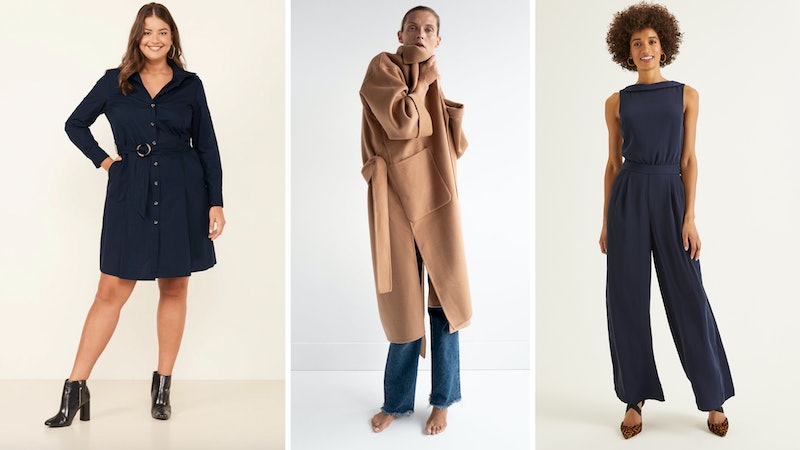 Your online shopping haul arrives. You excitedly rip open the bag and hurriedly throw on your new season purchases. And then you groan. Because, once again, those trousers that would have made the perfect workplace look have been designed with fake pockets. Imaginary, useless pockets. Enough is enough. Women want real pockets and they want them now. Thankfully, some brands are listening. Below is a rundown of the best autumn fashion complete with practical pockets. Hallelujah.

Plus size fashion brand Navabi has been one of the most helpful retailers around. It has launched a tongue-in-cheek campaign demanding proper pockets and has even designed a pocket-specific site section full of gorgeous, functional clothes.

Pocket-related complaints may sound like a joke, but dedicating one hand to holding a bag until the end of time is most certainly not. Imagine not having to lug around a tote every time you need to go to the toilet. Imagine being able to fit your phone in your pocket without worrying that it'll fall and smash.

These feelings aren't a figment of female imaginations. Data site The Pudding measured the pockets on 80 pairs of jeans designed for men and women. Unsurprisingly, they found that women's jean pockets were, on average, 48 percent shorter and 6.5 percent narrower than the male version.

Let's bring that universe back. In the meantime, here's a few pieces to get you in the functional mindset.