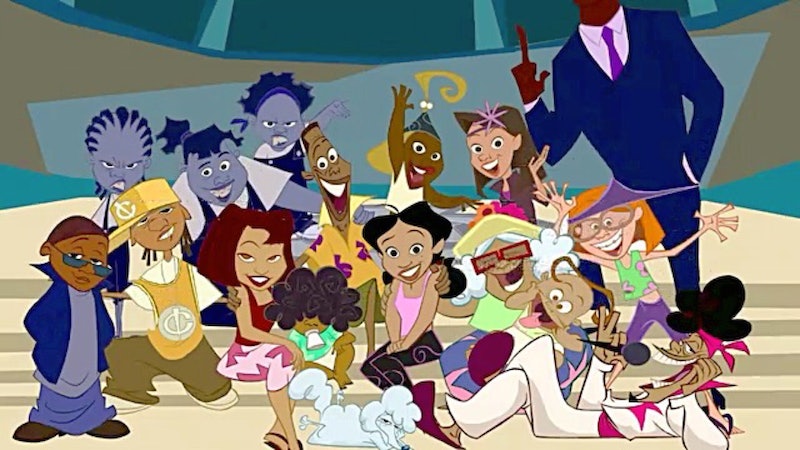 For many of us, the best childhood entertainment consisted of Saturday morning cartoons. Animated TV shows opened up a world of imagination, and so many of us spent hours indulging in our favorite cartoon shows or movies. Yet while there were a good amount of cartoons from the '70s, '80s, '90s and early 2000s that featured African American characters, few of those shows and movies had African American characters as leads. For African American children like myself, seeing cartoons with Black narratives and characters was a huge deal that didn't happen nearly enough. But there were some cartoon pieces of media that stood out, like these 11 Black animated movies and shows that you can still stream today.

The TV series and films on this list will undoubtedly take you back to your childhood, but their impact is greater than just nostalgia. Even as kids, we all knew that representation mattered, and so seeing characters who looked like us on TV and the big screen was enormous. Whether we were quoting lines from Bebe's Kids and The Proud Family or indulging in the social and political awakenings of The Boondocks, these animated projects made a difference in many of our lives — so grab a bowl of cereal and glue your eyes to the TV like it is a Saturday morning in your childhood again.

1. Kirikou And The Sorceress

This sorcery-filled film was made by French animator Michael Ocelot in 1998 and released in the U.S. in 2000. Some people might remember this cartoon for its vivid imagery of a child coming out the womb talking.

The Boondocks was not really a kids' cartoon, but most of us still watched it anyway because of the rawness displayed on the show. The satire made it one of the best cartoons of the early 2000s.

No one wanted to have to put up with children like Bebe's. This movie followed a first date that went wrong because of three kids who wanted to make their own rules.

This claymation featuring Eddie Murphy was highly underrated, truly funny despite some of the stereotypes.

The Proud Family was the kind of cartoon produced in the early 2000s that every person in a family could watch and enjoy. It was a healthy depiction of a Black suburban family, and was so much fun to view.

Were you even a Static Shock fan if you didn't get up and dance during the opening song?

This André 3000-based cartoon was about a music teacher named Sunny Bridges (played by 3000) who taught extraordinary kids at Georgia’s Westley School of Performing Arts.

Little Bill was a great representation in the early 2000s of #Blackboyjoy.

This cartoon action-adventure movie is about a white blood cell policeman (voiced by Chris Rock) who is battling a deadly virus inside a zoo ranger (Bill Murray).

This list wouldn't be complete without the honorable mentions of Kid n' Play, Mr. T, Harlem Globetrotters, Fillmore!, Blokhedz, Fat Albert, Hammerman, C Bear and Jamal, ProStars and other shows that are unfortunately unable to stream. But, you can still relive your childhood by streaming the flicks and shows on the list above.