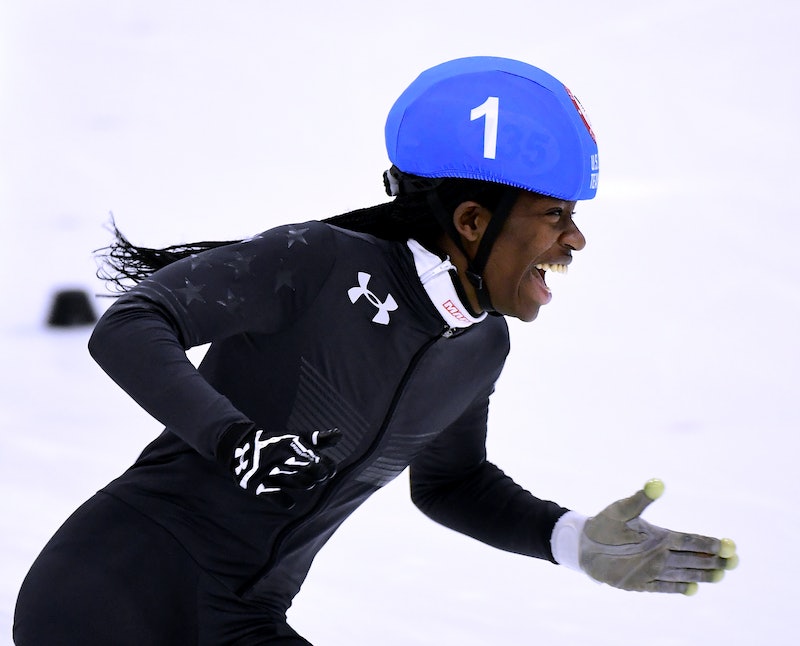 This year, the Olympic Winter 2018 Games in PyeongChang, South Korea, coincide with Black History Month in the United States, a month-long celebration where the successes of Black people are lifted up for the world to see. With the Games in full swing, the public has been introduced to some incredible Black athletes who continue to make history. Black Olympic athletes come from a long line of pioneers who made it possible for them to compete and win at the Olympics. And even though the Olympic Games have been around for centuries, there are still Black athletes who become the first to compete in their sport at the Olympics.

The first modern Winter Olympic Games took place in 1924, in Chamonix, in the French Alps, according to History.com. Back then, only around 250 athletes participated in the Games, which only offered nine sports in total, according to The Washington Post. The only sport women could participate in back then was figure skating, but the games have changed drastically since then: around 3,000 athletes will participate in 15 sports across 102 events, according to the Mirror.

Ahead, check out some history-making Black athletes who have competed at the Olympics. You'll see some familiar faces and learn about some you've never heard of until now. These athletes are a cool example of how diverse Black history truly is.