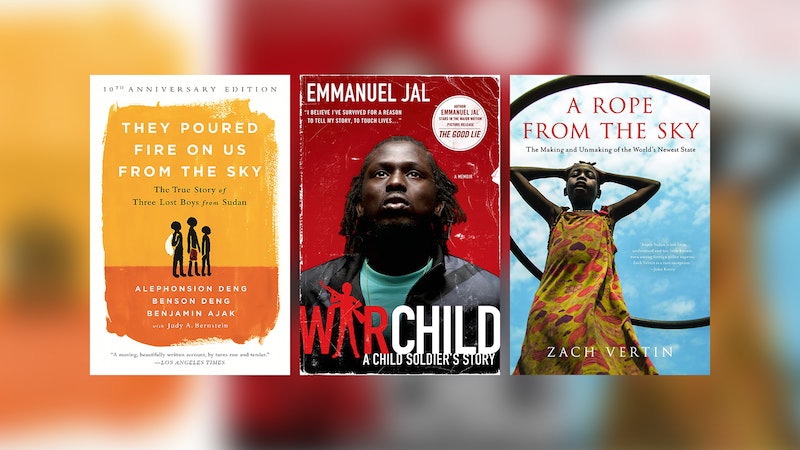 If you're only just hearing about the crisis in Sudan, thanks to the #blueforSudan hashtag, you might be surprised to learn that the current political upheaval has its roots in the first Sudanese Civil War, which began in the 1950s. Because this is a complex and troublesome issue, I've picked 11 books to read to understand the Sudan crisis. Whether you remember Darfur, or weren't even aware that South Sudan was a country, the books on this list will get you up to speed.

On April 11, Sudanese President Omar al-Bashir was deposed after spending 30 years in power. Al-Bashir's overthrowing was the culmination of a months-long series of protests by the Sudanese people, who were eventually aided by the Sudanese Armed Forces (SAF), the state military force. Following the coup, the SAF proceeded to turn on the civilian protesters, however.

The Republic of Sudan is currently under the control of a military junta, composed of SAF leaders and other military men, including Lieutenant General Mohamed Hamdan Dagalo, a.k.a. Hemeti, who may be eyeing complete control of Sudan at this moment. Pro-democracy protesters have been killed by paramilitary forces, but junta leader Abdel Fattah al-Burhan has called the protesters "martyrs," and has called for new elections to be held in the next nine months.

The situation in Sudan is complex, and is inextricably linked to both its division from South Sudan and the series of wars that preceded al-Bashir's ousting. Here are 11 books you can read to help you get a better grasp on the situation.