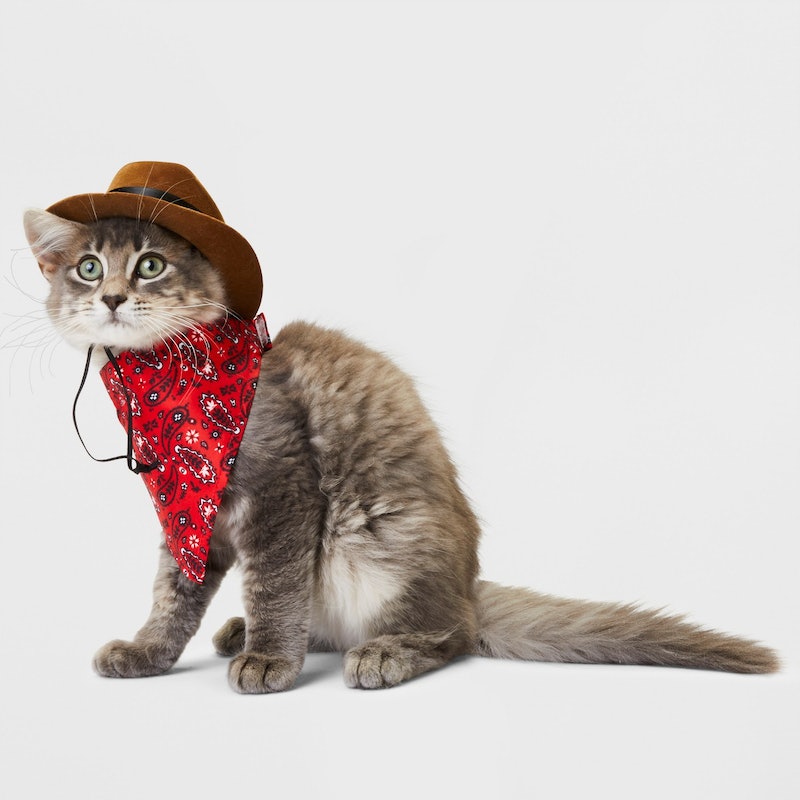 Despite the fact that people like to dress up as cats on Halloween, cats don't really give a damn about the holiday. Quite frankly, cats don't really give a damn about much at all. So if you plan on dressing your cat up on Halloween this year, you'll want to find the least encumbering thing out there. Essentially, you'll want to find the most minimalistic, least invasive cat Halloween costumes that your pet won't hate. Or at least if they do hate it, they won't hold it against you forever.

While all cats are different, I have yet to meet a cat that likes to wear clothes. It's not so much the clothes themselves as it is that amount of attention that putting clothes on a cat requires. Cats aren't interested in being in the spotlight, they don't like their legs to be touched too much and generally they like to be left alone. So if you're going to dress your cat up, you'e going to need a costume that's super easy to put on and that won't feel bothersome. Basically if there's any question that the costume might be too much for the cat, don't put it on the cat.

Here I've put together a list of cat costumes that are really basic and won't take more than a few seconds to put on.