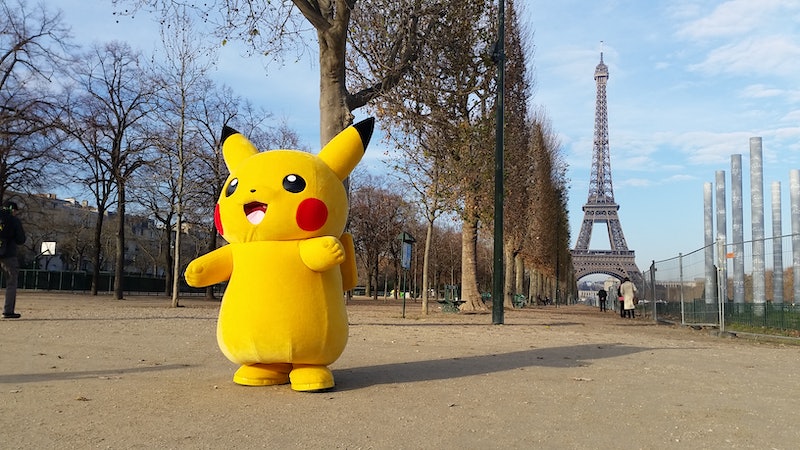 A lot of things happened between Jan. 1 and Dec. 31. I mean, a lot of stuff. There were shocking celebrity deaths, incredible scientific discoveries, uncensored secret audio tapes, unforgettable political moments, bizarre international incidents, and more than a few historic moments. We laughed. We cried. We're honestly just ready for the whole thing to be over. But before you ring in 2017, let's look back at some of the craziest events you may have already forgot happened this year.

No doubt about it, 2016 has been one crazy year. And while American politics alone could easily make this last year one of the craziest on record, there have been more than a few wild moments outside of the political spectrum that we shouldn't let slip between the cracks. While moments like Hillary Clinton becoming the first female to be nominated for president by a major political party or Donald Trump's poll defying election win are definitely memorable, they weren't the craziest things to have happened this year. Between the Olympics, clown sightings, and some serious technological advancements, 2016 has left us slack-jawed on more than one occasion.

Here are 11 crazy things you may have forgotten happened this year:

Leo Finally Got His Moment

After six nominations and 27 years acting in Hollywood, Leonardo DiCaprio finally took home an Oscar of his own in February. His Best Actor win for his performance in "The Revenant" was an epic moment of celebration for friends and fans of the actor alike. RIP Leo Oscar memes.

In April, the U.S. Treasury announced Harriet Tubman, a former slave who helped other slaves escape, would replace replace Andrew Jackson as the face of the $20, making her the first woman to grace a paper note since Martha Washington appeared on the $1 silver certificate in 1886. Jackson's portrait will reportedly be moved to the back of the new bill, which is not expected to come into circulation for a few more years.

The Americas (that means North, South, and Central America) became the first region in the world to be officially declared "measles free" in September. The declaration came after 22 years of mass vaccination programs to help eradicate the highly-contagious disease.

With nothing but a bright red sweater and a white tie, Ken Bone succeeded in briefly distracted Americans from the insult-riddled circus that had become the 2016 presidential election. Although Bone's rise (and eventual fall) from memedom was short lived, his appearance at the second presidential debate in October was a bright spot in an otherwise ugly election year.

Many Americans took the death of Harambe, a silverback gorilla who was killed in May after a three-year-old boy climbed into his enclosure at the Cincinnati Zoo, hard. But while reports that 11,000 people cast ballots for the gorilla in the presidential election have been proven to be false, more than a few pictures popped up on social media showing that at least a few voters had voted for Harambe as a write-in candidate.

While sports fans aren't likely to forget this historic win anytime soon, 2016 has been full of enough unbelievable moments that I won't fault you if the Cubs' World Series win in November slipped your mind. It was the first time the team had won the championship series in 108 years.

I still don't understand how Pokémon Go managed to take over the world in just a matter of days, but the augmented reality smartphone game from Niantic was the thing to do not so long ago. While the hype may have died, the game had just about everyone walking around nose to their phone (which caused a few problems for players) at some point over the summer.

Ryan Lochte's Whale Of A Tale

The Rio Olympics had more than a few amazing moments, but perhaps none were as crazy as U.S. Olympic swimmer Ryan Lochte's attempt to cover up his drunken escapades in Rio by falsely claiming to have been mugged.

The Arctic Lost A Chunk Of Ice The Size Of Mexico

Data collected in November by the National Snow and Ice Data Center showed abnormally high air and ocean temperatures had caused far less ice to form in the Arctic than normal. A massive 753,000 square mile chunk of sea ice – roughly the size of Mexico – was missing this year, creating an all new record low for Arctic ice extent.

In August, scientists appeared to inch closer to answering the proverbial question of is there life out there when they discovered a potentially Earth-like planet circiling the star closest to Earth outside of our own solar system. Scientists hope to continue investigating whether or not the planet, called Proxima b, is inhabitable.

North Korea Claimed To Have Successfully Tested An H-Bomb

It may be President-elect Donald Trump and Russian President Vladimir Putin who are ramping up nuclear talk in the final month of 2016, but it was North Korea that have everyone concerned at the beginning of the year. While North Korea's claim to have successfully detonated its first hydrogen bomb in January has been met with some skepticism, international observers seem to agree the communist country did conduct a nuclear test but perhaps not a test of a fully functioning H-bomb.

More like this
Jude Bellingham’s Superstar Football Talent Runs In The Family
By Maxine Harrison
The David Beckham Qatar Controversy, Explained
By Sophie McEvoy
Read Dan Levy's Heartbreaking Message After The Club Q Shooting
By Stephanie Topacio Long
Jamal Musiala Has The Cutest Nickname Based On A Disney Character
By Catharina Cheung
Get Even More From Bustle — Sign Up For The Newsletter