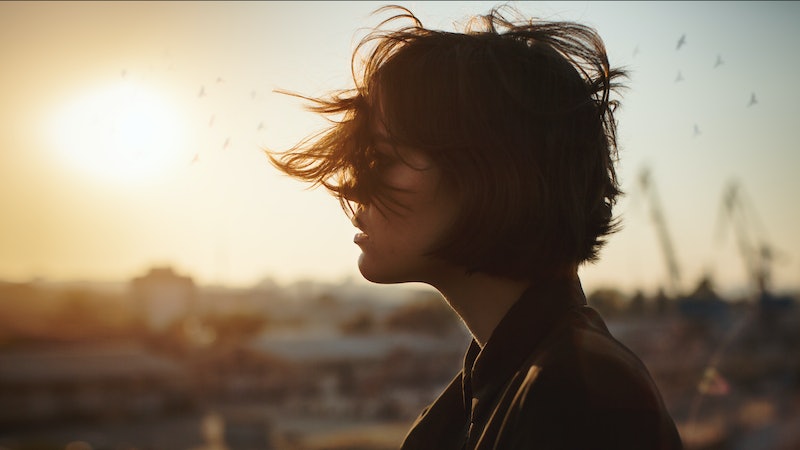 As you age, you might start to experience cognitive decline. Unfortunately, the process is pretty inevitable. However, there's no need to speed things up when you don't have to. There are certain daily habits that increase risk of dementia that you can easily break out of and replace with healthier habits that will keep your noggin' strong and well. By acting at a young age, you'll set yourself up for greater longevity and brain function.

As a certified health coach, I work with clients on keeping their brains sharp and boosting memory, performance, focus, and attention span. When you notice your brain isn't working as best as it should, and you might be forgetting things more often (like your car keys or a neighbor's name), it could mean that you're at risk of dementia down the road. Certain daily thoughts and actions can be contributing to this risk, so it's best to check in with yourself, and perhaps a doctor if you choose, to figure out a better lifestyle that promotes cognitive activity and protects you from disease. Here are 11 daily habits that can increase your likelihood of getting dementia later in life. With a few simple tweaks, you'll be safer and better in control of your surroundings and productivity.

According to Liana Werner-Gray, author of "The Earth Diet" and nutritional expert, over email with Bustle, not getting enough sleep on a day-to-day basis can really mess with your cognitive health long-term. Werner-Gray recommends eating cherries, bananas, fish, spinach, chickpeas, and warm almond milk, ginger tea, or chamomile tea, for better sleep.

According to Christina Chartrand, VP of Training and Education, Senior Helpers, over email with Bustle, "withdrawal from work or social activities" can increase risk of dementia. Instead of ditching happy hour all the time, make time on occasion to be around people and socialize for greater health.

If you're constantly misplacing your keys, you're not only delaying your commute and upsetting your boss, but you're also showing signs of early dementia, advises Chartrand. This habit could be a lot more serious than it seems, so it might be wise to see a doctor to discuss the occurrence. If you ignore it, it could just make the issue harder to treat.

According to Elizabeth Ann Shaw, MS, RDN, CLT, over email with Bustle, being totally stressed out, more so than usual and on a chronic basis, can lead to cognitive decline and rapidly changing neural activity that's associated with risk of dementia. To improve brain health, Shaw recommends 100% pomegranate juice. "As a proud partner with The Wonderful Company, I've been following their research on the potential impact of pomegranate polyphenols on memory and cognition in older adults. A preliminary study released in 2013 showed that consumption of 8 ounce of pomegranate juice daily increased verbal memory performance and functional brain activity in MRI testing after a month's time," advises Shaw.

5. Not Eating Your Veggies

According to Abbott’s Matt Kuchan, over email with Bustle, not getting enough of the nutrient, Lutien, found in leafy greens, can hurt your cognitive health and increase risk of dementia over time. "Recent data (found here and here) suggests that lutein and similar nutrients can help improve processing speed and memory in adults of all ages, so incorporating lutein into your diet when you’re younger might help you stay sharp later in life," says Kuchan. Kuchan recommends eating "spinach, eggs, broccoli, brightly colored fruits, and leafy greens like kale, Swiss chard, collard greens and romaine lettuce."

6. Not Eating The Skin Of Fruits

"Historically recognized for its benefits for treating high cholesterol, heart diseases and other circulation-related diseases, we found in a recent preclinical study that quercetin – when combined with other important brain nutrients may delay the decline of cognitive health. So the notion of 'an apple a day' as part of a healthy diet may have more benefits than previously known," says Kuchan. Kuchan stresses how this nutrient is only found in the peel, so be sure to eat the whole fruit, instead of cutting of the edges.

Kuchan explains how eating good fats, like those found in fish, can prevent risk of dementia, and if you're not making it a priority to eat fish in the week, you're missing out on major benefits. "In addition to lutein and quercetin, some studies have shown that high intakes of DHA (docosahexaenoic acid) and folate are associated with an improved ability to access and use knowledge. DHA, an important building block for brain development, is particularly vulnerable to oxidative damage," advises Kuchan. Swap a hamburger for a filet of fish for a healthier dinner.

8. Eating Too Much Saturated Fat

Kuchan explains that "a person’s fat intake can impact brain health, as diets high in saturated fat increase the risk for cognitive decline, while those high in monounsaturated fats may support cognitive health." Kuchan recommends, "try eating more 'good fats,' like monounsaturated fat, polyunsaturated fat, and omega-3 fatty acids. And, try to limit your intake of other fats, like saturated fat (found in red meat and full-fat dairy) and trans fats (created through the food processing of oils)."

9. Using Butter Instead Of Healthy Oil When Cooking

Butter is high in saturated fat, which can be dangerous for cognitive health if eaten in excess; however, healthy oils can benefit your cognition, Kuchan explains. If you're using butter instead of oils for cooking each night, you're messing with your brain. Instead, opt for better oils, like "sunflower oil, safflower oil, soybean oil, olive oil, canola oil, peanut oil, flaxseed oil, and sesame oil," recommends Kuchan.

According to Dr. Partha Nandi M.D., F.A.C.P, the creator and host of the Emmy-award winning medical lifestyle television show, “Ask Dr. Nandi” which airs in over 85 million homes and the Chief Health Editor at WXYZ-TV (ABC) Detroit, over email with Bustle, smoking can increase risk of dementia. If you're used to your daily cigarette (or 2 or 3), it's a good idea to try and quit to protect your cognition.

Nandi says that "heavy alcohol use" can also be a bad habit when it comes to risk of dementia. If you're drinking most nights of the week, and you're having more than one glass a night (over 7 drinks per week, or too large of pours), it could damage your brain down the road.

If you notice any of these habits prevalent in your lifestyle, it might be worth making a shift to a healthier way of living in order to protect your brain function and lower your risk of dementia.