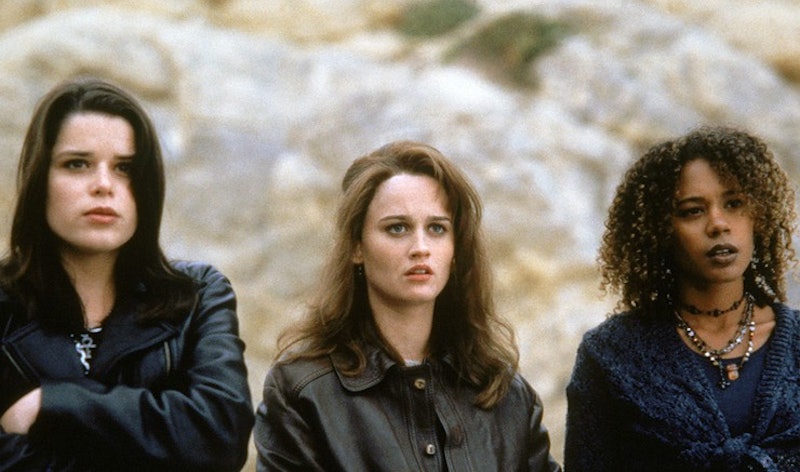 There's a lot of crazy things out there in the world of film, but sometimes the only way to appropriately describe a film is with the word "disturbing." It's a word that can be interpreted in a variety of ways, depending on whether you take it to mean creeped out (a common definition, to be sure), to be really affected by your positive feelings for something, or maybe you define "disturbing" as something that is hilarious and preposterous. So, just how disturbing can a film be and, if you want to watch the most disturbing '90s films on Netflix, where should you begin?

I'm going to warn you: the following list is a serious mixed bag of nuts. Keyword here is "nuts," though, because these films are all nutty, a little funny, and totally disturbing. Oh, and because I'm a cool Millenial, I've made sure to pack in the nostalgia vibes by only selecting disturbing Netflix movies from the '90s for your use. Because as we all know, the '90s knew how to be awesomely weird and creepy.

What right does a film like The Craft have to get lumped in with Mortal Kombat, you ask? Well, take a deep breath, leave your preconceived notions at the door, and read on. It's about to get weird up in here.

This may look like one of the cheesier Stephen King adaptations, but you try telling me the idea of a curse where you get so thin that you die isn't totally disturbing.

2. Candyman 2: Farewell To The Flesh

The first reason this film is disturbing is because Bill Condon, the man who would go on to direct Dreamgirls and the Beauty and the Beast remake, directed this film. Oh, also the idea of a Beetlejuice-like character coming to kill people despite having a sweet name totally scares the daylights out of me.

The Craft has been disturbing for us for years, thanks its unforgettable spells: making people's fingers turn into snakes, making your enemy's hair fall out, or making us aware that love spells could work.

You know why The Blair Witch Project is disturbing, guys.

I mean, it's disturbing how hot I find both Robert Carlyle and Guy Pearce in this weird horror film but mythical creatures are pretty disturbing, too.

Armageddon is chiefly disturbing because it posits a world where Ben Affleck, whose character loves animal cracker, and Bruce Willis, whose character is highest on the totem pole on an oil rig, are the only men who can save humanity. Also, a meteor is coming straight towards Earth and that's just a lot to handle.

The dinosaurs are dastardly, including some who eat a young Camilla Belle and terrorize the coolest '90s dude, Jeff Goldblum.

I mean, when has adapting a movie from a video game ever been a truly good idea?

Toys was meant to be whimsical, but it just made Robin Williams look creepy and maybe a bit too zany for his own good. Yikes.

10. Honey, We Shrunk Ourselves

This may not be disturbing in a horrific way, but the idea of your parents shrinking down to microscopic sizes and potentially not being able to fix it is way scary to me.

A man comes back from the dead to avenge his death and the death of his girlfriend: this is The Crow. It's a chill-inducing premise that only gets amplified when you consider a director Alex Proyas' high-concept aesthetics gave the film its iconic look.

So depending on your definition of "disturbing," you have a lot of chilling movie options to check out on Netflix.

More like this
What’s New On Netflix: A Victoria Justice Rom-Com & The Return Of David Letterman
By Arya Roshanian
What’s New On Netflix: The Return Of 'Bling Empire' & A Rebel Wilson Comedy
By Arya Roshanian
The 'Hocus Pocus' Sequel Finally Has A Release Date & It Makes Total Sense
By Shannon Barbour and Radhika Menon
Amanda Seyfried Reflects On 'Mean Girls' & "Gross" Remarks That Men Made After It
By Jake Viswanath
Get Even More From Bustle — Sign Up For The Newsletter